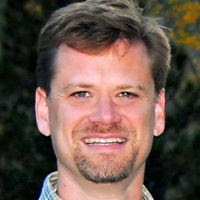 The Eight Circuits of Consciousness model developed by Timothy Leary and Robert Anton Wilson continues to attract attention, and not just because of the new book by James Heffernan that I blogged about earlier.

Mike Gathers, who played an important role in the collection of material at the RAWilsonfans.org website (see Michael Johnson's introduction to the Hilaritas Press edition of Email to the Universe) is a Colorado coach and therapist.

He recently gave a presentation on the Eight Circuits to a group of transpersonal counseling students at Naropa University and reports that it went really well.  Mike also shared a paper he had written, "Supporting Spiritual Emergency under the Framework of Dr. Timothy Leary's Eight Circuit Brain Model: Using the Lower Circuits to Absorb Transpersonal Shocks." Mike then realized he could write a book on the subject, and other RAW fans have been urging him to go forward.

Mike gave me permission to report on all this after discussing the matter in a private email group, and also said it was OK to post his paper (see the link above.) He also gave me a statement to use for this blog:

"I wrote this paper almost 10 years ago during my first year as a master's student in Naropa's Transpersonal Counseling Psychology program.  The previous semester I wrote a much shorter paper in which I interviewed Antero Alli as part of the assignment which included interviewing a subject matter expert.  I'm proud to say that Antero ended up including that interview in his book, The Eight Circuit Brain, Navigational Strategies for the Energetic Body._  I dusted this paper off when I was recently invited to do a guest lecture at Naropa on the Eight Circuit Brain - I hadn't thought deeply about the model since I wrote that paper 10 years ago.   Based on the students' enthusiastic response to the material I presented, and my own reflections on that experience, I realized that I have a book in me on this subject.   The time is right to update the model with modern developmental psycho-biology and share my own experience of working with the model as a tool for personal growth and development.   So that's the plan for 2018."

I can't wait for Mike's book. I suspect it will help to make the eight circuit model more robust. We sure could use some more fully realized nervous systems in Donald Trump's America.

Mike Gathers, I like your plan for 2018 and I look forward to reading about your findings regarding "modern psycho-biology".

I personally find having certain academic degree quite limited and isolating, unless one expands and builds upon it. Having MA degree in Clinical Psychology and working as a psychotherapist for a very short period of time (3 years) I somehow always felt that something was missing and that there must haven been more to it. At the time I thought I understood quite a lot. I did not. Well, to a certain extent I did. But not enough.

When I started to dive into neuroscience/neurobiology - THAT opened "a grander view of life" and understanding for me. Recently I read Ed Young's book "I Contain Multitudes", subtitled: "The Microbes Within Us and a Grander View of Life" - What a fascinating new findings about bacteria within us, especially gut bacteria and our gut acting like our "second brain".

This is just one of examples of how, when we think we are the most open-minded people around, we can ignorantly foreclose on some idea.

Unfortunately my academic studies of Clinical Psychology did not include any official study/program of neurobiology - what a catastrophic academic mistake, in my view.

I can not emphasize enough the importance of RAW being a free floating intellectual, roaming freely from one discipline to another. Now wonder he knew so much.