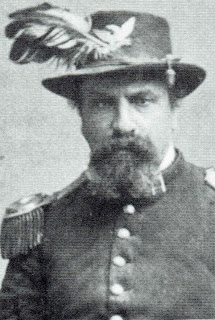 A couple of different Discordian items:

(1) An "Emperor Norton's 200th Birthday Bash" has been scheduled for Feb. 7 in San Francisco.

"Tonight we’re going to party like its 1859! Join us for cake and a glass of bubbly to celebrate the 200th birthday of Joshua Abraham Norton, the San Francisco businessman who one day in 1859 proclaimed himself Emperor of the United States and (in 1862) Protector of Mexico ... This event is part of Emperor Norton at 200, a series of exhibits, talks, toasts and other special events organized by The Emperor's Bridge Campaign, in partnership with Bay Area institutions, to mark the bicentennial of Emperor Norton's birth. To learn about other events in the series, please visit http://www.EmperorNortonat200.org."

(2)  Digging deep into the Discordian archives, Adam Gorightly tells us about a hitherto obscure Discordian figure in his latest Historia Discordia posting, "Love is Alive and Well: The Stan Jamison Files."

You'll just have to read the article, which is a bit difficult to summarize; somehow, we get to nude models who were supposed to wear body paint dedicated to a language provided by a "little green spaceman."