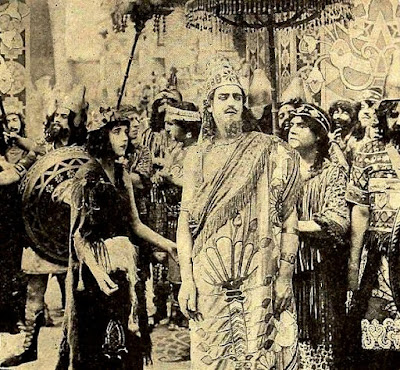 My recent post on Bride of Frankenstein has inspired several comments which you should go back and read, but I want to highlight two RAW-related movie lists.

Spookah has begun putting together "Sombunall RAWlated Films," which he explains is "A work-in-progress list of sombunall films mentioned by Robert Anton Wilson throughout his books and elsewhere. Hopefully, the list will eventually tends towards mosbunall films." He has come up with 69 so far. It's a work in progress.

In response, Jesse Walker has pointed to my 2014 blog post on "RAW's 100 favorite movies," which comes from a list that Jesse supplied to me.

It looks like I have a lot of watching to do.

JustWatch is a useful site for finding places to stream movies, including apps and websites where they can be streamed for free.

I enjoyed working through all the films on that one hundred list which I hadn't seen before.

Thanks a lot to Jesse for pointing to the 100 favorite films post, that's an amazing list! I will add those to my list. I still have to go through Illuminatus for example, looking for films being referenced. Not sure how I'd go about it, apart from re-reading the whole thing. I do remember a line in it about a character that was said to have wasted several relationships due to his hobby of getting high and watching films at home.

If anyone also knows how to locate this picture of RAW's VHS collection, I can't remember where I saw it. Although I seem to recall that most titles were unreadable.

I have also been thinking of trying to "weave together" (ala Bobby Campbell) a few films that, to my knowledge have not been name-dropped by RAW, but which can be used as an illustration of his ideas. We discussed some of those in the past months during the reading groups. Real Men (1987), Ishtar (1987), Detention (AKA Learning Curve) (1998), Dark City (1998) or New World Order/Noon Blue Apple (2002) come to mind. Maybe even Miracle On 34th Street (1947), as I see the 'Santa Claus' character in it as a magick practitioner Discordian and a trickster figure.

I find James Joyce's Women (1985) to be an undeservedly forgotten film, and a beautiful ode to the spirit of Ana Livia Plurabella.

I enjoyed "Joyce's Women" too.

i am adding movies to letterbox list as well.. slowly. https://boxd.it/iTgEa