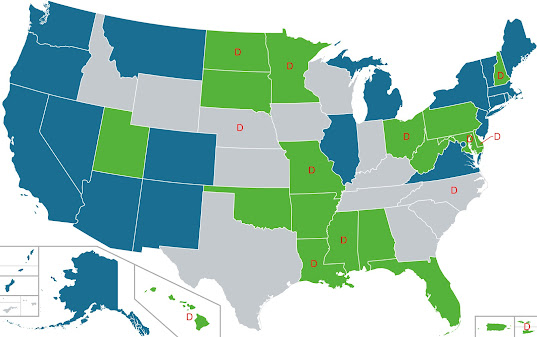 Robert Anton Wilson used to write a lot about the "war on some drugs."

With certain exceptions, political trends in the U.S. on regulation of drugs has generally gone in a direction Wilson would support, particularly the trend of legalization of marijuana. Since Wilson's death in 2007, many states have legalized the use of cannabis by all adults; the first were Colorado and Washington, in 2012.

Recreational cannabis currently is legal in 19 of the 50 states, and in the District of Columbia. As a practical matter, except for the Deep South/former Confederacy, many Americans are within driving distance of legal pot, although it remains illegal to bring pot from a state where it's legal to a state where it's not. The legal states are Alaska, Arizona, California, Colorado, Connecticut, Illinois, Maine, Massachusetts, Michigan, Montana, New Jersey, New Mexico, New York, Nevada, Oregon, Rhode Island, Vermont, Virginia and Washington.  (My former state, Oklahoma, is a weird outlier. Technically, it only has medical marijuana, but the laws are so liberal that in effect marijuana is legal there; anyone who wants a medical marijuana license can obtain one, and marijuana shops are everywhere. There are other nuances I don't have the time and space to go into; for example, Delta 8 THC is legally available in many states that still ban pot. And of course there are still many illegal and semi-illegal markets, including California, where taxes and regulations have made legal marijuana expensive.)

This fall offers a test of whether this trend will continue. Voters in five states are considering marijuana legalization (North Dakota, South Dakota, Missouri, Arkansas and Maryland), while Colorado may legalize some psychedelics, including magic mushrooms. The details of the proposals vary; see this roundup.

Anyone see this story from last week: https://www.cnn.com/2022/10/21/us/virginia-mother-childs-death-thc/index.html

I wonder if this will be the feds' impetus to add D8 cannabis products to the no bueno list.