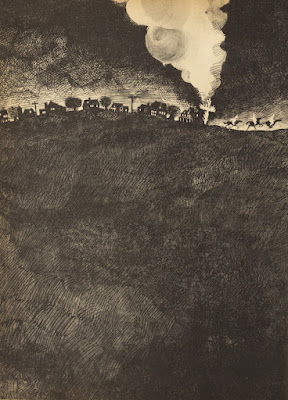 Martin Wagner unearths yet another Robert Anton Wilson article, "The Rebirth of the Ku Klux Klan," about attempts to revive and rebrand the violent, racist organization. The feeling that the Klan is yesterday's news hangs over the article and is made explicit toward the end:

The final word seems to come from a former insider. Bill Hendrix, an ex-Grand Dragon of the Southern Knights of the Ku Klux Klan, was an active Kluxer for 15 years. Then, in 1960, he resigned as Grand Dragon and persuaded his members to dissolve the Southern Knights entirely. “I cannot agree to such things as bombings and burning schools,” he told newspapermen at the time. “But that is what the Klan is going to have to turn to unless it agrees to go along with the laws. I see no way to stop racial integration, and it looks to me like the best thing to do is accept it.” Interviewed in 1964, Mr. Hendrix said he still feels the same way, and emphasized that it was “criminal elements” within his own Klan that led him to dissolve it. “The same elements are taking over Shelton’s Klan right now,” he said. “There is no way of keeping them out. You can’t watch every member all the time.”

The piece was published in Fact magazine in 1964.