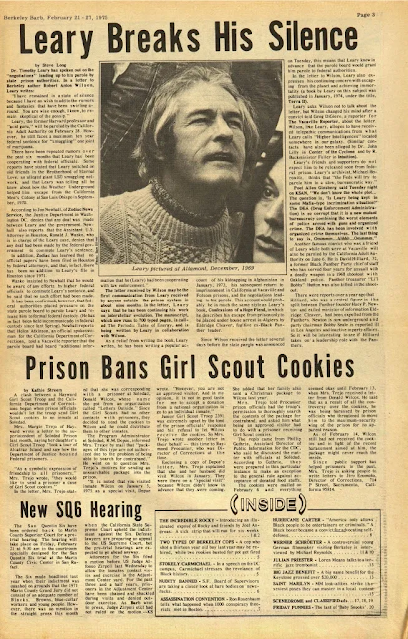 Over at his Chapel Perilous website, Prop Anon posts a clipping from the Berkeley Barb from 1975, about Timothy Leary breaking his silence by writing a letter to Robert Anton Wilson.

One wonders what the Barb's readers made of sentences such as "In the letter to Wilson, Leary also expresses his continuing concerns with escaping from the planet and achieving immortality...Wilson, like Leary, alleges to have received telepathic communications from what Leary calls 'Higher Intelligences' located somewhere in our galaxy."

I had to convert Prop's document into a jpg file to post it here; I also found the clipping easier to read when I converted it into a PDF.