Prop Anon on Tale of the Tribe 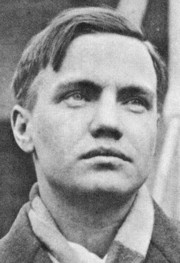 RAW  biographer Prop Anon has begun posting material to his new Chapel Perilous website.  While it is obviously a work in progress, the first post, on RAW's never-completed Tale of the Tribe project, is interesting.

"Since Wilson's death in 2007, no other documents have been uncovered regarding his unfinished book. At the moment, it appears as if Wilson never wrote anything besides that prologue. However, he did host a class at his Maybe Logic Academy in 2005 called The Tale of the Tribe that discussed the themes and characters of his unfinished symphony," Prop writes.

Prop discusses that class and he even posts the first week of assignments by RAW for the course. I particularly liked the bit about how Ezra Pound and James Joyce both liked the music of American modernist composer George Antheil; you can read about him at the Wikipedia biography.

Steve Fly has a book on the Tale of the Tribe.

Email ThisBlogThis!Share to TwitterShare to FacebookShare to Pinterest
Labels: Prop Anon, Tale of the Tribe

Fascinating. I can't recall ever having read the Tale of the Tribe prologue. Is there a link?

@Hugh (and everyone else!) at the end of RAW's "TSOG," probably out soon in a new edition from Hilaritas, there's an outline of the planned but unfinished "Tale of the Tribe" book.