John Higgs gets a serious review in the New York Times 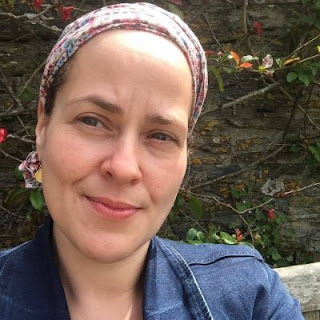 Rosie Schaap, the author of Drinking With Men, a Memoir. (Twitter photo)

John Higgs seems to be making the transition nicely from "cult writer who is a favorite of RAW fans" to "well-known writer." The latest evidence is a meaty New York Times review of his new Blake book, William Blake vs. the World, which as I noted came out in the U.S. yesterday.

The piece, "Songs of Innocence, Experience and a Galaxy Far, Far Away," by writer Rosie Schaap, argues that Higgs' Blake is "a Blake for anyone whose sensibilities harmonize with Higgs’s interests in neuroscience and quantum mechanics, 'Star Wars' analogies, and discussions of Carl Jung and Eckhart Tolle." She likes some of Higgs' thoughts, disagrees with others, and concludes that "when I came to the end of his book, I felt I’d learned more about the mind of John Higgs than that of William Blake."

But certainly Schaap seems to think Higgs has an interesting mind.

" His own project is Blakean in at least one respect: It is the production of a busy and open mind. At times, his protracted ruminations on sciences and philosophies took me farther from Blake rather than closer to him, and his profusion of pop-culture pings (the Beatles, David Bowie, Pharrell Williams, Kanye West, even Billy Joel all show up) felt superfluous. ('Enough! or Too much,' goes the end of the 'Proverbs of Hell.')

"At other times, it was fun to witness Higgs’s cogs turning, to hear his thoughts ricocheting against the walls of his internal archive of affinities, allusions and absorptions. His tone is measured, but Higgs does not cease from mental fight in his earnest quest to understand and explain a mind that, he writes, is perhaps 'too big a mind for us to ever properly grasp'.”

I don't think Robert Anton Wilson ever got this sort of attention from the New York Times for any of his books, although the Times did run a nice obituary when Wilson died.