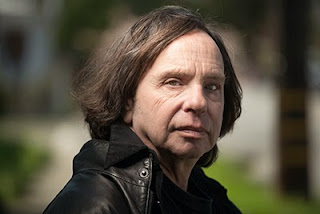 R.U. Sirius (Mondo 2000 founder, author, friend of Timothy Leary) always has interesting things to say, so I am passing along  a new interview he granted with Spike, a "a contemporary art magazine, online platform, and event space" based in Vienna, Austria.

Here is a bit of the interview with Lydia Sviatoslavsky:

R.U. Sirius: Mondo started as High Frontiers. I was pretty much diverted by Timothy Leary and Robert Anton Wilson and their playful, hopeful futurisms, their whole shebang about evolutionary brain circuits being opened up by drugs and technology.

I needed something to get me out of bed at the end of the 1970s. I mean, punk was great – rock and roll was great – but it wasn’t inspiring any action. I remember my friends stole some giant lettering from a sign at a gas station and some of it hung behind the couch in our living room where we took whatever drugs were around and tossed glib nihilisms back and forth. The letters read “ROT”. Tonight’s the Night caught the vibe (some will know what I mean). I couldn’t sink any deeper into that couch, so there was nowhere to go except up into outer space.

Showing my age, but I bought Tonight's the Night, the Neil Young album R.U. references, when it came out. It's a good album, and also a pretty dark take on the drug culture, newly relevant.

My 2015 interview with R.U. Sirius might be of interest, see also this post on his book about Timothy Leary, Timothy Leary's Trip Through Time.