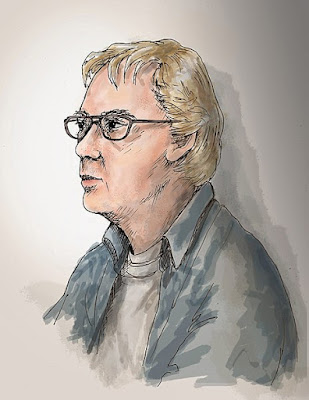 German electronic musician Klaus Schulze died on April 26. He was an early member of Tangerine Dream and a member of Ash Ra Tempel and also had a long and notable solo career; see the Wikipedia bio, and the official website and I also have a link to the New York Times obituary.

I don't know that Robert Anton Wilson or Robert Shea had any particular interest in electronic music, but for a couple of reasons I assume Mr. Schulze's career might be of interest to sombunall of you; Ash Ra Tempel once recorded an album with Timothy Leary, Seven Up (although Schulze does not appear on that recording) and I have noticed many RAW fans are interested in electronic music.

The New York Times obit is by veteran pop music writer Jon Pareles; it notes that Timewind is widely regarded as a Schulze classic. It's available on the public library digital service Hoopla Digital, so I checked it out and listened to it.

Very sad news, that is.
Seven Up is a great album. Another cool project he was involved in was the Cosmic Jokers, who made a couple of records in the 70s.