My article on libertarians in science fiction 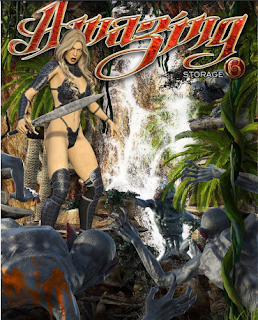 One of the best fanzines currently published by science fiction fans is Portable Storage, published by the longtime fan William Breiding. It was named Best Genzine  as part of the 2022 Fanzine Activity Achievement awards.  All seven issues published so far are available as PDF files at efanzines.com.

I mention the zine here because issue No. 6, originally published on paper, is now available as a PDF, which means that the article I published in it, "Heinlein's Children: Libertarians in Fandom," is now generally available.

I was commissioned to write the piece by William, who asked me to explain why there are so many libertarians in science fiction fandom. The relevance to this blog is that I put Illuminatus! in the context of the 1970s flowering of the libertarian movement, when there were many books and much political activism. I also explain how the first presentation of the Prometheus Award was made by Robert Anton Wilson.

"It seems to me that many of us live in Portlandia these days." - ha! Excellent bit of history, thanks.