Another example of the SNAFU principle? 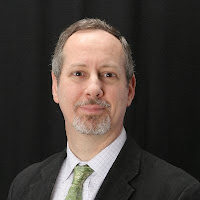 In March, I posted a blog item about the SNAFU Principle ("communication is possible only between equals") and how Julian Sanchez had pointed out that Vladimir Putin seemed to be an example of it.

In a recent post at Marginal Revolution, "China’s Bizarre Authoritarian-Libertarian COVID Strategy," economics professor Alex Tabarrok also seems to invoke the SNAFU Principle, although not mentioning it by name.

"It’s difficult to understand what the Chinese leadership is thinking. It’s conceivable that the Chinese vaccines are much less effective than we have been led to believe but that seems unlikely. As far as we can tell the Chinese vaccines are not quite as good as the mRNA vaccines but good enough to prevent severe disease and pass FDA approval in the United States. My best guess is that President Xi Jinping is so powerful and insulated from reality and alternative viewpoints that he is just soldiering on either oblivious to the pain and foolishness of his policies or indifferent, much like Mao before him during the great famine."