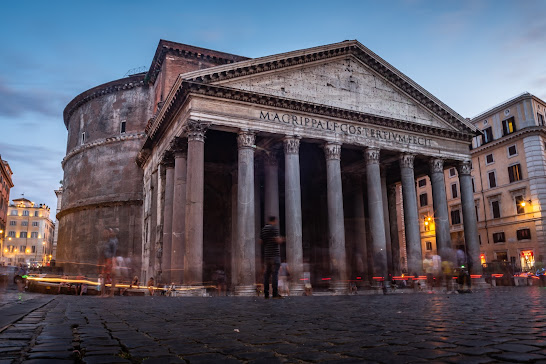 Photo by Daniel Klaffke on Unsplash

What are your favorite exercises?

While much of our efforts have focused on discussing the text in Prometheus Rising, Robert Anton Wilson (and Eric Wagner) both emphasize the importance of doing the exercises at the end of each chapter to really grasp what RAW is talking about. I cannot claim that I've attempted each exercise, but I've done some of them.

I would point to two exercises that are my favorites so far.

The first is one that I did last year. It is the second exercise for Chapter Two. "Sit in a room where you will not be disturbed for a half hour and begin thinking, 'I am sitting in this room doing this exercize because ....' and think of as many of the 'causes' as you can think of.

"For instance, you are doing this exercize because, obviously, you read about it in this book. Why did you buy this book? Did somebody recommend it? How did that person come into your life? If you just picked the book up in a store, why did you just happen to be in just that store on just that day?"

RAW goes on in this vein, discussing possible answers.

As you can see from my blog post from last year, I was able to come up with a long list of reasons for why I happened to be sitting in a living room in a particular house in Berea, Ohio, working on the exercise.

RAW asks the reader working on the exercise to "Avoid all metaphysical speculations (e.g. karma, reincarnation, 'destiny' etc.) The point of the exercize will be mind-blowing enough without introducing 'occult' theories, and it will be more startling if you carefully avoid such overtly 'mystical' speculations."

And in fact, I did find the exercise mind-blowing and startling; as you can see, I was able to come up with many reasons why I happened to be in that particular time and place.

The other exercise that made a particular impression on me was the one I mentioned in my last entry in this discussion group.  It's the first exercise at the end of Chapter 14:

"1. If all you can know is your own brain programs operating, the whole universe you experience is inside your head. Try to hold onto that model for at least an hour. Note how often you relapse into feeling the universe as outside you."

I was not able to do the exercise for a whole hour, but I worked on it much of the day, coming back to it. As I looked at everything, I tried to remember that all of what I was seeing was inside my head. As I walked, I looked at the ground and realized that the feeling of touching the ground with my feet was inside my head. It felt consciousness altering. (In Insight Meditation, the Theravada school, one of the main meditations is to walk and concentrate on your walking.)

Do you have favorite exercises that seemed particularly effective?

Terrific post. I didn't much enjoy the exercise for the next chapter to tell yourself for a week "Everybody likes me and tries to help me achieve all of my goals." I encountered a number of people that week who really didn't seem to like me. So it goes.

Thank-you for the post and the question, Tom. One of my favorite and effective exercizes gives a variation on the quarter visualization, #5 from Chapter One: "With your own ingenuity invent similar experiments and each time compare the two theories — "selective attention" (coincidence) vs "mind controls everything"(psychokinesis). The mind control theory only works for me when considering it not my mind. As in do what Thou wilt, or Thy will be done. A fair portion of the time visualization exercize experiments appear to work in greater or lesser degrees. I've also had the experience, more than once, of it working too well - be careful what ya wish for.

I like the exercize of reading publications you wouldn't normally look at, depending upon the article; seems very effective at providing wildly dissonant views to my own. For instance, in the current National Review you'll discover an article, that, pardon the pun, got shot down pretty quickly by recent events. It concerns methods for preemptively stopping potential mass shooters through profiling. This theory, now getting put into practice, holds that two primary solutions to reducing gun violence involve a choice between less guns and more guns on the street. Since obviously the latter has won out so far, some people started this monitoring social media idea to look for signs of these potential sociopaths before acting. They've given out lists of things to look for, the most remarkable to me being, "mentions of the philosopher Nietzsche."

I consider the questions RAW closes the Preface with, "Who was that Prometheus guy and why did he give us fire in the first place?" a favorite exercize congruent with "Who are you and why are you here."

Though I don't remember it in Prometheus Rising, attempting to write in e-prime is one of my favorite RAW inspired exercizes.

Apuleius, regarding what you wrote last week. I remember when you once described stumbling upon a bunch of quarters in the streets while in the company of your daughter, and somehow liking the anecdote. I think that was because she was with you, and, at least for me, syncs or RAWlated events tend to typically be of a personal nature, or to happen when no one I know is around. I now see that in fact, she has been immersed in your magickal world for a long time already.
My relation to my home seems similar to yours. I used to be less rooted, and spent a year being homefree, carrying my life in my backpack, but have since grown pretty sedentary. I am now relocating to the countryside for the summer, in a place where personal space will prove a luxury. In a way, I see it partly as an attempt to observe how changing my surroundings might change my inner workings.

Thank you Tom Jackson for taking the time to look back at the PR exercizes up to now, I like the idea.
Back then, the Right Where You Are Sitting Now exercize made quite an impression on me as well. I planned on doing it regularly, but did not. I shall soon give it another try in my new setting.
The similar meditation on a given object can also prove mind-expanding.

I am still not very good at placing people on Leary’s interpersonal grid. But mentally assigning to them what seems to me to be their dominant lower circuit, I find easier to do. Doing so for movie characters I see as good practice, since they tend to be less intricate and more grossly drawn than ‘real-life’ people.

I try to keep E-prime in mind, while being flexible around it. I also attempt to emulate Cosmic Trigger-RAW in my journal by avoiding the use of “I”, and giving descriptive names to different aspects of my personality instead.

My favorite exercize simply might be the proper study of PR, by following the hints and jumping into the rabbit-holes of the many mentions of thinkers, authors, books and whatnots that pepper this great Intelligence Increase manual.