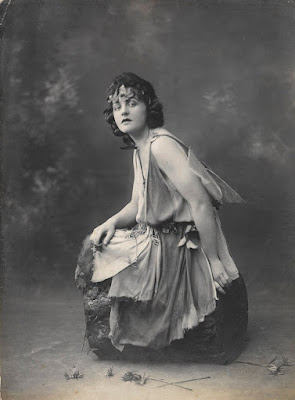 Robert Anton Wilson interviews P.L. Travers (author of the Mary Poppins books) and it's a remarkable dialogue, covering myth, Irish writing and Zen, among other topics. Another fine discovery from Martin Wagner. A couple of bits to give you the idea:

Wilson: Why are myths so important?
Travers: Because they are always being reenacted in the ordinary diurnal world. The whole terrible Patricia Hearst story, for instance, is a reenactment of the Persephone myth, the maiden who disappears into the underworld. Mrs. Thatcher is another goddess figure—a very stern one.

Wilson: In the film of Mary Poppins, something got lost. There is a stern or forbidding side to Mary that just was not in the film. She was a less interesting character.
Travers: The film was not true to her at all. It was very glamorous and colorful entertainment but it wasn’t Mary Poppins.

Wilson: Why is that element of sternness or authoritarianism necessary?
Travers: That’s her ordinariness.

I love this interview.

All I ever knew about Mary Poppins was from the movie-- guess it's time to read the books. Great interview...

The Mary Poppins books are much better than the film- I love P.L. Travers and count her as one of my biggest heroes. There something to everything that Travers did and said. I would recommend reading her collection of essays "What the Bee Knows" for anyone who enjoyed the interview.

What an amazing find!