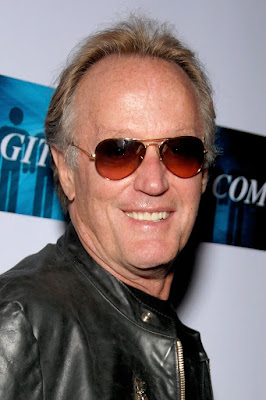 I met Peter Fonda once at a Kava Bar in Honolulu
I asked him if he knew Robert Anton Wilson
He said "Fuck Yeah"
He then told me to pick up Bob Dylan's autobiography
"Dylan's a man chauvinist pig, but he can write"
Is what he said
Rest Well Pete. Rest Well

Cool anecdote! Fonda and Dylan had dealings with each other regarding a couple of songs for Easy Rider - mentioned in the Director's commentary on the dvd.

When is the RAW bio coming out?

Oz, I've asked Prop about a publication date, and the last time I asked, he did not have one. I'll pass on any news.