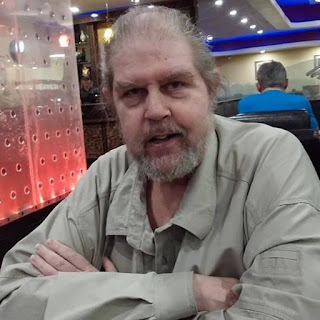 As I noted in a posting last year, Schulman mentioned Robert Anton Wilson in his last novel, The Fractal Man, and was friends with Wilson.

The Libertarian Futurist Society blog has an article about him.  You can also read a nice appreciation from Stephan Kinsella.
on August 12, 2019