The Earth Will Shake reading group, week one 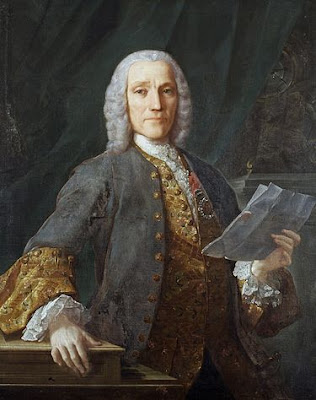 Welcome to week one of The Earth Will Shake online reading group. As several loyal readers suggested taking a slow pace, I thought at first we might read 20 to 25 pages at a time, and see how that goes. Please begin the book and read until page 20, to the sentence that ends, "we have to comprehend why, when a priest calls for God to enter the church, Death can come in answer."

I am using the Hilaritas Press printed edition, although I assume if I give the passage and page number, most readers will be able to follow along using other editions or the Hilaritas ebook. Perhaps surprisingly, there have been six editions so far: The 1982 Tarcher, the 1984 Bluejay, the 1988 Lynn, the 1991 ROC Penguin, the 2003 New Falcon and the 2018 Hilaritas, which features the seven new Bobby Campbell illustrations.

I was struck reading the first 20 pages on how RAW is at the top of his game; I felt like he must have put a lot of effort and inspiration into the opening pages and had many vivid passages:

Because Sicily itself and every last Sicilian could be wiped off the face of the earth, extinguished, erased, and every Sicilian would agree to it, stubborn as a mule, if it were necessary to go that far just to make sure nobody anywhere ever lost respect for the Sicilians. Uncle Pietro said that a master swindler could cheat an Armenian rug merchant once in a million times, and a demon from hell might frighten a Spaniard once in a million million times, but not even God Himself with the Twelve Apostles to help him could stop a fully resolved Siciliano without first killing him and then methodically killing his brothers, and then his cousins and uncles, and next his second cousins and great-uncles, and of course his women cousins, and any toddling infant old enough to throw a rock, and so on forever, but until God himself killed the last Sicilian great-great-grandfather still able to totter weakly on his crutches and hawk to spit, they would keep coming against Him, ineluctable as He Himself, because that was the way Sicily had survived the Greeks and the Sullas and Belisarius and the Normans and the Hohenstaufens and everybody and everything thrown against them and Southern Italy in general since time itself began.

I also noticed how saturated the book is with music; the composers mentioned in the first few pages include Domenico Scarlatti,  Antonio Vivaldi, Niccolò Jommelli, Giovanni Battista Pergolesi (misspelled as Pergolese in the text) and Georg Philipp Telemann. And of course we haven't gotten to Mozart yet. Scarlatti especially is discussed, and RAW also talks about his love of Scarlatti in the just-released Hilaritas Press edition of Cosmic Trigger II. I plan to listen to Scarlatti this week.

It was the music, always the music. Because if he pursued a vision of the heroic, an eidolon of human perfectibility that was to seem insane to some and eventually farcical even to himself, it had been the music that had maddened and inflamed him -- the music that was produced by human beings, by men who were not in all cases admirable or noble people at all, produced many times by men who were as petulant and prancing as a French contessa's spoiled poodles, but still, in the music, there was that voice, that insistent cadence of something that was not human, something toward which humans only aspire and to which they only approximate, as any circle drawn with chalk approximates to a true Platonic circle, as every soul aspires toward God ....

Visconti's film "La Terra Trema" (The Earth Will Shake) came out in 1948. I didn't like the film much, and I don't know if it inspired Bob.

I remember buying the hardcover Tarcher edition in early 1983. I found it in the fiction section of Books, Etc., in Tempe, Arizona. I don't think I have ever seen another book by Bob in the general fiction section of a bookstore.

I love Horowitz's playing of Scarlatti. I love how Bob writes about music in this book.

This novel has seven sections, each with the name of a tarot trump. One could model these chapters as corresponding with the seven chakras, the seven days of the week, the first seven circuits, etc.

During the week or so I wrote the intro to the New Falcon "Nature's God" my family went to see Tim Burton's "Alice in Wonderland" on Easter. I had just finished rereading "The Earth Will Shake" and I found it an interesting conicidance that an earthquake interrupted the movie. The earth did shake. Curiouser and curiouser.

I find it interesting that the first two musical references both refer to Vivaldi, despite Sigismundo's love of Scarlatti. I think this fits in with the taste of the community as a whole as opposed to Sigismundo's personal taste.

I have not visited Naples. I have heard they have great pizza. I've heard that the pizza gets better the further south on goes in Italy. I have not travelled south of Rome in Italy.

Thanks for the Pergolese typo, Tom. I just made a correction in the Hilaritas Press master.

I too was struck by the music present in this series, as was cover designer, Scott McPherson who made sure that element was in the graphics of all three new covers.

Scarlatti is famous for a frenetic and even discordant energy in many pieces, and that seems very fitting for Siggy's frame of mind, and the general energetic flow of the action.

I forgot that the chapter titles were tarot trumps. I've only had the chance to read the first two and a bit pages. Fly talks about hologrammatic writing a lot in his book about The Tales of the Tribe. It seems an excellent example of that in these opening pages.

At the bottom of the 4th paragraph on p.3 Wilson calls the current local language "an in-between language" Everything in these first couple of pages seems in-between. The book starts with the protagonist,Sigismundo Celine, half asleep, in-between a dream and awake to his environment. The priest appears in-between changing the material of a wafer of bread into the spiritual body of Christ. When the Uncle gets assassinated, for those few moments until it finishes, he goes between life and death. In-betweenness seems an important concept, to me.

In Beyond Chaos and Beyond, the ebook D. Scott Apel released a month ago, Bob says “anyone who doesn’t realize the extent that Faulkner has influenced me should read his short story, “Barn Burning.“ Then read the opening of The Earth Will Shake, and you’ll see how much I learned from Faulkner. Not his obvious style, but the Faulknerian technique of subjective impressionism — how things impinge on the mind of the observer.”

Also, I highly recommend Beyond Chaos and Beyond.

Synchronicity alert: Reading comments this morning I see Oz mention the in-between, and Siggy dreaming, and then I open Faulkner’s Barn Burning to the passage “thinking, dreaming now…being pulled two ways like between two teams of horses...”

I have a bit of synchronicity, too: Between putting up the post and reading Eric's first comment, I downloaded some tracks of Horowitz playing Scarlatti.

Sigismundo is repeatedly referred to as a fool by himself and uncle matching the tarot theme, along with the crocodiles that keep reminding me of the reptilian brain and circuit one. The first time I reread TEWS the appearance of the Indian right at the beginning stuck me as a wonderful joke by RAW,and as an illustration of the holographic nature of time. Finally, there are so many jokes and funny expressions within the first twenty pages it is hard for me not to chuckle out loud as I read along. I even found to two references to poodles hilarious.

Thanks for running this, Tom, to my shame I still haven't read it so this is the excuse I need.

Wow, those first 20 pages are pacey, fascinating stuff. I liked the way he replaced all rude words with "you know", that was a nice way of showing the mind-forged manacles of that particular culture. There's lots of very specific colour references in there too - a sky turns "tangerine and soft cinnamon", the bay gleaming like "silver and tin and ruddy copper", etc. It's a visually beautiful Napoli that RAW paints.

Right out of the shoot we have a "mass" murder by a Sicilian assassination squad-- a precursor to the Mafia...? I'm liking this book a lot so far...

Just picked up a copy to revist TEWS for the first time since the 80s. Excited to read along with the group.

Two days before this group started Putin raised the possibility of nuclear retaliation against the U.S. The next day Russian State television showed a map of U.S. targets. A nuclear strike would definitely shake the Earth.

I found a reference to "The Earth Will Shake" in "Statesman" by Plato:

"And the world turning around with a sudden shock, having received an opposite impulse at both ends, was shaken by a mighty earthquake, a producing a new destruction of all manner of animals. After awhile the tumult and confusion and earthquake ceased, and the universal creature, once more at peace, attained to a calm, and settled down into his own orderly and accustomed course, having the charge and rule of himself and of all other creatures, and remembering and executing the instructions of the Father and Creator of the world, more particularly at first, but afterwards with less exactness."

" ... fire was given to us by Prometheus, the arts by Hephaestus and his fellow-worker (Athene), seeds and plants by others. Out of these human life was framed; since the care of the Gods, as I was saying, had now failed men, and they had to order their course of life for themselves, and were their own masters just like the universal creature, whom they imitate and follow, ever living and being born into the world, at one time after this manner, at another time after another manner."

Nabokov implies a suggestion to look at "Pale Fire" like a detective following clues. Deleuze calls his philosophical opus, "The Logic of Sense," a detective novel in the Introduction. I suggest approaching "The Earth Will Shake" in a similar fashion.

For instance, the assassination occurs at the exact moment of the transubstantiation of the Eucharist on Easter Sunday. This could connect with the archetype of the death of the Divine King. I also see it as an indication of the resistance one can face in personal evolution.

On p.12 RAW gives a shout out to French dramatists and philosophers in the 4th paragraph. I googled both 18 Century French philosophers and dramatists, the only recognizable name to me - the Marquis de Sade. I wonder if he also might have been suggesting contemporary French philosophers, in particular Deleuze and Guattari whose magnum opus "A Thousand Plateaus" came out a couple of years before "The Earth Will Shake." Or possibly Antonin Artaud who you could call both a dramatist and a philosopher. RAW talks about Artaud in Cosmic Trigger 1. Artaud played a huge influential role for Deleuze. Deleuze also has been called a dramatist and drama figures in his and Guattari's philosophy.