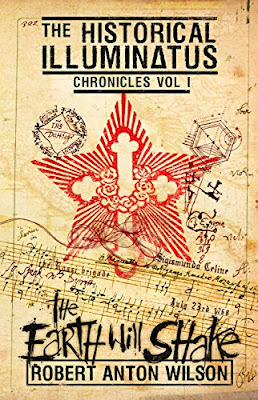 The online reading group for Robert Anton Wilson's novel The Earth Will Shake begins Feb. 25. I will do weekly posts on the book, and everyone is invited to chip in using the comments section. I already had a copy of the book, but I've just ordered my Hilaritas Press edition, which I'll use as the official text.

Meanwhile, I've been slowly going through Beyond Chaos and Beyond, and I ran across this bit which illustrates how the new Wilson book can shed light on Wilson's other work. Wilson writes he is "always amazed" nobody notices how much he's been influenced by Faulkner, and adds, "I'd suggest that anyone who doesn't realize the extent that Faulkner has influenced me should read his short story, 'Barn Burning.' Then read the opening of The Earth Will Shake, and you'll see how much I learned from Faulkner. Not his obvious style, but the Faulknerian techniques of subjective impressionism -- how things impinge on the mind of the observer."

Hoping to finish Beyond Chaos and Beyond, as well as the 2023 trilogy by then. Wish me luck.