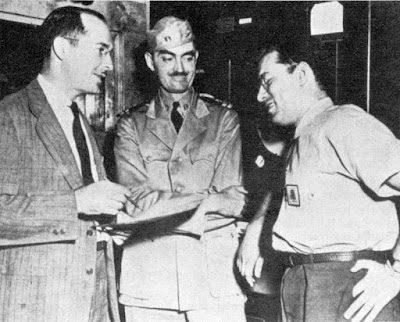 In an earlier post, I mentioned reading Astounding by Alec Nevala-Lee and noticing a couple of parallels between Robert Anton Wilson and Robert Anson Heinlein.

I've finished the book (you should all read it) and I noticed a couple of other things.

Both of them lived in Santa Cruz, California, late in their lives, although if I understand the chronologies correctly, Heinlein had left by the time Wilson arrived.

(Did they ever meet? Did they ever live in Santa Cruz at the same time? Were their houses close to each other in space, if not in time?)

After their deaths, both were cremated and their ashes were put into the Pacific Ocean.

Wikipedia on Wilson: "After his cremation on January 18 (also his 75th birthday), his family held a memorial service on February 18 and then scattered most of his ashes at the same spot as his wife's—off the Santa Cruz Beach Boardwalk in Santa Cruz, California."

Assuming that Heinlein's ashes were scattered near where he last lived, wouldn't the ashes of both writers have been placed in Monterey Bay?

As you know Arlen's ashes were also scattered in Santa Cruz/Monterey Bay in 1999 and The Old Man On A Balcony emphasized how much he enjoyed the Views Of Monterey Bay from his balcony in Capitola and consequently  continue to dance and have fun with Arlen and dolphins in the bay - World without money!

Did RAW believe in some form of afterlife?

"The sum total of all minds is one.'
- Erwin Schrodinger

I don’t think there’s a naval station in the Monterey Bay, so I doubt Heinlein’s ashes were scattered there. Probably out in the Pacific as stated.