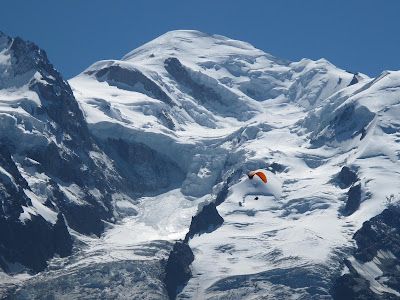 Line 768: I'm assuming this is one of the letters to his queen that gave away Kinbote's location in the U.S.

Line 782: Percy Bysshe Shelley wrote a famous poem about Mont Blanc, but it doesn't have the lines that Kinbote remembers; is there another poem that Kinbote could have in mind? 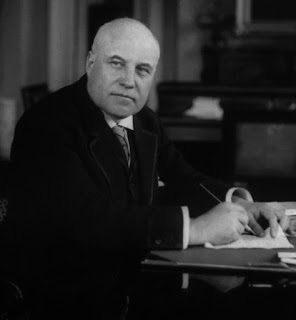 Line 810: Letters of Franklin Lane. A real book! And if you want to act on Kinbote's recommendation, you can get an ebook from Project Gutenberg.

Franklin Knight Lane (1864-1921) was a prominent Democratic politician. He wrote the lines quoted in Pale Fire when he knew he was going to die soon.

Commentary to Line 894: The origin of Kinbote's alias, and an admission that the author of Pale Fire is the V. Botkin mentioned in the index?

"He was a so-called Pink": This sounds like Nabokov's own sarcastic opinions. He didn't think much, for example, of Dr. Zhivago.

Next week: The end is in sight! Please finish the commentary and look at the index.

Nabakov writes, perhaps with a touch of irony (p. 255): "Should he do something about it? Cable headquarters? Hard to word succinctly a simple fact without having it look like a cryptogram." Coincidentally, or not, "Cable headquarters" appears a cryptogram that reveals a simple fact when relating it to a quest of transformation. The cryptogram deciphers by finding the gematria for "cable" then looking up the same chapter number in Crowley's 'Book of Lies;" "headquarters" should appear obvious for qabalistic interpretation.

Line 803 a misprint: " A newspaper account of a Russian tsar's coronation had, instead of korona (crown) the misprint voronoa (crow), ... it got misprinted a second time as korova (cow)"

Crown reminds me of Horus, "the crowned and conquering child," Crow obviously suggests Crowley given all the other allusions to Crowley in the book. Cow I see as crow, or Crowley without the "r" i.e. no solar influence, no heart; cow - a passive docile creature with no will, the exact opposite of Horus.

Eric, yes, it seems a reference to Kether.

With the excessive, nearly hysterical, media coverage about an actor named Stormy, I'm amused to read line 830: "Stormcoated, I strode in: Sybil it is ...
The name Sybil means prophetess. the rest of the stanza could fit Trump's drama with a little imagination. It's the last stanza in Canto 3.

Lines 835 - 838 - Kinbote informs us that Shade began the 4th Canto "on card 68" Just before this reading group began I posted a blog on the significance of the number 68 in works by RAW, Crowley and, in this essay, mostly by Deleuze. Not having read any Nabakov before, I had absolutely no idea that this 68 meme would turn up in "Pale Fire."

The primary interpretation given to 68 connects it with the two Sephira: 6 = Tiphareth = Beauty; 8 = Hod = Mercury = communication. 68 = Beauty communicated or the communication of Beauty. The lines of the poem read:

Communication of beauty. The way I went about in the blog attempting to prove Deleuze promotes this 68 conspiracy seems not unlike (as Kinbote writes)"the cunning working-in of several inter-echoing phrases into a jumble of enjambments." (p.263)

Superficially these lyrics can sound cynical, but I see them differently. Dylan released this song within a year or two of "Pale Fire" being released. He is well-read and was known to borrow/steal/reappropriate literary and other sources so it seems possible that Pale Fire directly inspired him.

Comment to line 741: The reference to Eskimos makes me think of Whorf. I wonder what polylingual Nabokov would think of the Korzybski-Whorf-Sapir hypothesis.

Line 782: I think this refers to a poem by John Shade which the woman liked.

Note to line 802: I wonder why Kinbote insists that the reader "see Forward, see Forward, at once."

Commentary to line 810: I wonder if Nabokov had Joyce in mind with the phrase "Daedalian plan".

Line 894: The reference to Marat reminds me I haven't seen "Marat/Sade" for decades.