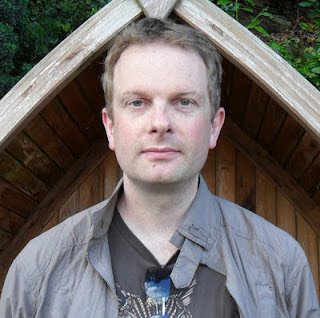 I'm a few days late on reporting on this, but wonderful British writer John Higgs  has issued his second email newsletter. If you still haven't signed up and you missed it, you can read it here.

Lots of news about John's speaking engagements and about events that I'd like attend if I lived in Great Britain. Also, John's defense of Elon Musk's decision to sacrifice the first Tesla car:

It's worth stressing the historical importance of that particular car. It was the very first Tesla to roll off the production line. It is hard now to remember just how much Tesla Motors were mocked when they were established in in 2003, but electric cars were then considered a joke, both by the industry and customers, that would never match the speed, range or desirability of petrol cars. Fifteen years later, and electric cars are now seen as not only possible but inevitable. The UK parliament has banned production of new petrol or diesel cars after 2040, Scotland is aiming to achieve this by 2032, Jaguar Land Rover plans to end production of petrol and diesel vehicles by 2020 and Volvo by 2019, and the European Parliament has drawn up laws to reduce emissions and incentivize electric vehicles because its electric vehicle industry is far behind China’s. Electric cars are the future, which is great news for the climate.

None of this would have happened without Tesla or Elon Musk, and this makes that first Tesla roadster a car of great historical importance. It makes the car hugely valuable and it would almost certainly have ended up in the Smithsonian, securing Musk's legacy for generations to come. What, then, should we make of his decision to fling it away, out into the coldness of the void?

To my eyes, it was an act of sacrifice. Sacrifice is when something of value is killed, burnt, thrown into a lake or otherwise given back to the cosmos. It is the giving up of something in a manner that offers no rational expectation of material reward, just a momentary glimpse of grace. The concept of sacrifice is found in all cultures around the world and seems to be hardwired into our psyche, regardless of how modern or rational we claim to be. We shouldn't be too surprised to see it continually being re-enacted, even by people who seem bewildered by their own actions.
on March 30, 2018