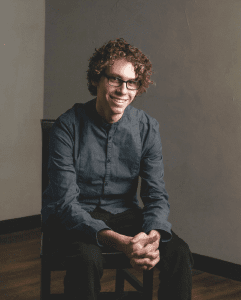 Thanks to a recent Tweet from Steve Pratt, I've discovered a blog that is new to me,  Guerrilla Ontology, the product of Peter Heft, a philosophy student at an Ohio University.

The About section explains that the term was coined by Robert Anton Wilson, and quotes from RAW (excerpt with the emphases added by Heft, see link for full quote)

My goal is to try to get people into a state of generalized agnosticism, not agnosticism about God alone, but agnosticism about everything. If one can only see things according to one’s own belief system, one is destined to become virtually deaf, dumb, and blind. It’s only possible to see people when one is able to see the world as others see it. That’s what guerrilla ontology is–breaking down this one-model view and giving people a multi-model perspective.

Heft explains, "For my own nefarious purposes, I am appropriating Wilson’s view of guerrilla ontology to describe not only the theme of my posts, but also the epistemic model of my writing and thought. I have adopted the ideology of anti-ideologism as 'worldviews' necessarily pigeonhole thought into nicely packaged systems where deviation is squashed. As noted above, I do not want to tell anyone what to think nor do I want to say that 'X is the right thing to believe.' Both nothing and everything are certain, and that is what makes the world so interesting!"

His most popular post takes on the various articles giving a huge death toll to Communism by pointing out that a big death toll for capitalism also can plausibly be assembled. Interesting in its own right, but also in light of the fact that Heft often is identified with the right.

His Goodreads account shows that he reads a lot of Gilles Deleuze, an Oz Fritz favorite.