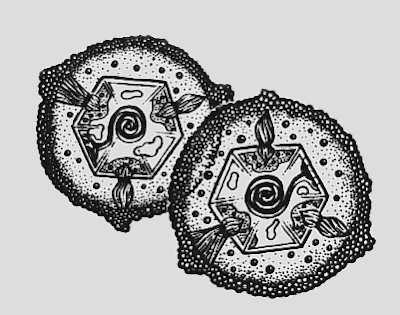 Another Robert Anton Wilson piece brought back on the Internet by Martin Wagner: The Starseed Signals: A Scientific-Occult Mystery, reprinted from Gnostica, July 1975. It's about how Robert Anton Wilson became fascinated with Sirius after apparently getting a message on July 23, 1973, "Sirius is very important." So yes, there's quite a bit of overlap with Cosmic Trigger. I liked these two self-descriptions: "(Being both a skeptical magi­cian and an experimental mys­tic, I am never quite sure what I believe about anything.)"

Thanks for posting this Tom!