Adrian Reynolds radio play on the power of language 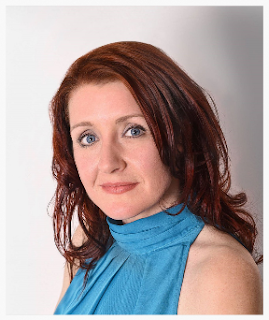 Adrian Reynolds, British writer and RAW fan,  wrote to me to tell me about his audio play (what we would call a radio drama in the states), about the power of language, called "Breaking In." Robert Anton Wilson could call it a drama about the reality tunnels of the two characters, a man and a woman. Anyway, I thought it was really good. I've posted a photo of the actress, Michelle Darkin Price. The actor is Mark Tunstall.

Adrian says, "I've put up an audio play, 37 minutes long, which may be of interest. It's called Breaking In, and was written in 1997 for performance at Nottingham Playhouse. They wanted it to be about the power of language, and I wrote the first two thirds, then did a course with NLP co-creator and friend of Robert's, Richard Bandler. The end of the play, featuring two characters speaking at the same time, uses some of what I learned from him, and takes the form of what's called a double induction - a technique used sometimes in hypnosis and magic to overwhelm the conscious mind and get to somewhere else. There's also Fortean content in the play, concerning the setting - a hotel where, despite being inland, there's a lighthouse in the grounds, built by a ship's captain who believed he saw a mermaid. Very different reality tunnels for the two characters, Greg and Jill, which raises the question of how their relationship will play out."

Listen to it here. And don't miss his great "Press When Illuminated" illustrated talk at the same link.

Adrian is also a trainer and coach as well as a writer, find out more at his website.
on March 10, 2018