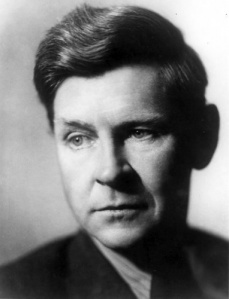 Blogger (and author and columnist and economics professor) Tyler Cowen recently asked for requests for his blog, so I posted a question: "Top ten favorite science fiction novels. Also, have you ever read the Wilson-Shea Illuminatus trilogy?"

He didn't answer my second question but this morning I found a posting, "Ten favorite science fiction novels."

I have a few book suggestions in the comments.

Here is a quote from Robert Anton Wilson on Stapledon. (Source)

Basically, I like Lovecraft and Olaf Stapledon better than any other writers in the areas of fantasy, sci­ence-fiction and “speculative fiction.” This is because I think HPL and Sta­pledon succeeded more thoroughly than anyone else in creating truly “inhuman” perspectives, artistically sustained and emotionally convinc­ing. That HPL makes the “inhuman” or the “cosmic” a frightening and depressing thing to encounter, while Stapledon makes it a source of mys­tic awe and artfully combined trage­dy-and-triumph, registers merely that they had different temperaments. Each succeeded in his own way; each managed to jump beyond humanity and see further than mere humanism. The “animal” perspectives in my books – the gorillas and dolphins in Eye in the Pyramid, the “six legged majority of Terrans” who comment so cynically upon the behavior of us “domesticated primates” in The Uni­verse Next Door – derive from eth­nology and sociobiology, of course, but they also derive from the “inhu­man” or “trans-human” perspectives I learned from HPL and Stapledon.

I really like Olaf Stapledon, Odd John and Starmaker have both been influential over the course of my life.