Wanna meet up at Confluence? 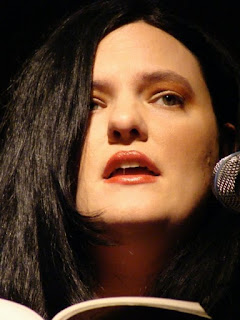 As I wrote on Feb. 1, I plan to attend the Confluence SF convention in Pittsburgh the weekend of July 27-29. I'm hoping other Robert Anton Wilson fans will attend so that we can meet each other.

Gregory Arnott (who led the Email to the Universe online discussion group at this blog and has helped Hilaritas Press with volunteer copyediting for the upcoming new edition of The Widow's Son) and I have been working on programming about RAW. We're hoping the convention will let us use some of its space. If that's not feasible, we'll think of something.

I've asked the convention if it would consider allowing a "Robert Anton Wilson in 2018" panel exploring why a writer who died more than a decade ago and who had few bestsellers remains largely in print, with a devoted cult following. There is a section of the website for suggesting panels; my suggestion apparently has not been reviewed yet.

Gregory and I also have ideas for talks we'd like to give. Gregory is planning to give a talk on Robert Anton Wilson as a magician. "I believe I have some insight in how to make this a dialogic seminar about our collective personal experiences with the numinous a la Cosmic Trigger," Gregory says. He is also interested in talking about Wilson as a predecessor of the surging marijuana legalization campaigns that have been winning in one state after another.

I am planning to give a talk on Robert Shea, and to conduct an interview (via Skype) with RAW biographer Prop Anon, whose biography of Wilson has been completed and should be out soon.

My contact information is on the right side of the page, under "About." If you think you will be able to attend Confluence, please write to me at that address (with "Confluence" in the subject line). If I hear from anybody, I will put together an email list.
on March 14, 2018

I've been working on a presentation called "Living in a RAW World" that I'd love to do :)))

It will be really awesome to see your presentation and meet you in person!

What a great idea! Please do video of whatever comes together!