Holy Chao! Origin of the Sacred Chao AND the Law of Fives 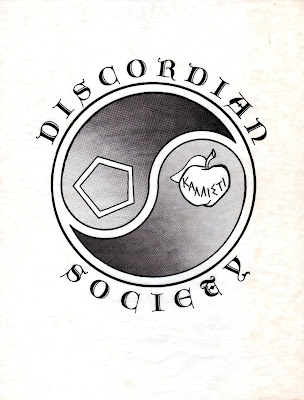 Illuminatus! fans should welcome the latest researches of Mr. Adam Gorightly. Digging deep into the Discordian archives, he discovers that the Sacred Chao was created by Kerry Thornley in a  handwritten letter dated Feb. 2, 1964. Greg Hill immediately dressed it up and used it for the cover for the firat edition of the Principia Discordia, so Hill should get credit for popularizing it. Adding u the numerals in 1964 adds up to 20 — five times the Fab Four!

Which leads me up to Gorightly's point that the very same Thornley letter has the first known reference to the Law of Fives.