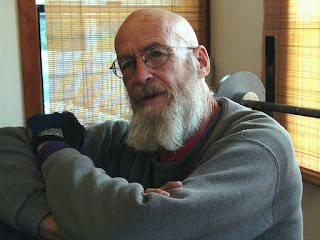 Nick Herbert turns 80, and celebrates his life with a charming poem.

The Quantum Tantra blog is always worth a look. My favorite post is "Nick Meets the Galactic Telepaths." ("For the next few days I was obsessed with this contact and tried to discover other members of the group. Some of my psychedelic pals in the Stanford psychology department were prime candidates but they all shrewdly denied being galactic telepaths.")

Note: Just to be all technical about it, Wikipedia says that Nick turned out back on Sept. 7. But the poem "Nick at 80" has just been published.
on January 26, 2017