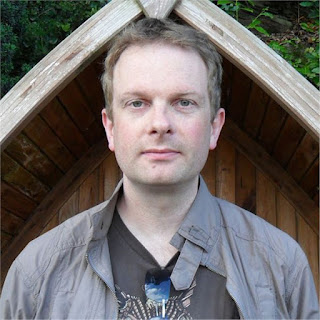 John Higgs put up a new post, "For Robert Anton Wilson's Birthday – some words on Operation Mindfix" to mark RAW's Jan 18 birthday. Higgs believes that we are in the middle of Operation Mindfuck more than ever these days, and suggests some ways to cope.

He suggests that one way out is to "find the others." Explaining the workings of coming together, he says:

"It understands that social media can be used for finding those who chime with us but that there is no point in using it to shout at the different. It comes from a recognition that being a consumer and a critic are not enough, and that we won’t be fulfilled until we step up and contribute in our own individual way. It involves the virtuous circle of people being inspired by people being inspired. It centres of the understanding that meaning exists, but it needs to be self-generated."

There's some rather good advice for Twitter, etc., in there: "Social media can be used for finding those who chime with us but that there is no point in using it to shout at the different."

John also discusses RAW's agnosticism, and it yields this good sentence: "The ultimate goal of the agnostic is not to become right, but to become less wrong."

John argues that alt right folks can become trapped in their dogmatism. [This isn't quite what he was trying to say; see the comments.] I'll offer the suggestion that this also can happen to leftists, libertarians, traditional conservatives, etc.

Hi Tom, thanks for covering this. I didn't mean that "alt-right folks can become trapped in their dogmatism" though, so my bad if it read like that. Obviously all political positions get trapped in their own dogmatism, as you say. What I was trying to express was that, once people have entered Chapel Perilous, it needs a little humility to get out the other side, and that is not a quality you associate with folks like Milo Yiannopolous or Vladislav Surkov.

@John, And my bad if I misread the piece a little bit! It's a great piece.