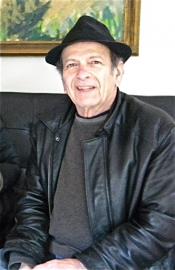 Michael Horowitz, longtime archivist of the work of Timothy Leary, has announced that the Leary Archives at the New York Public Library is getting new Robert Anton Wilson-Timothy Leary material.

"The NY Public Library Archives & Manuscripts Division now owns my Leary archives.   The Robert Anton Wilson portion includes several manuscripts, clippings of numerous pieces he wrote for the underground press, event flyers and some personal letters, all by and about RAW's relations with Leary,  mostly from the 1970s, and a few letters from Arlen," reports Horowitz.

The folks who curate and maintain the archives at the NYPL will need time to process and catalog the new materials, so please wait until later in the year before attempting to access them, Horowitz advises.

The NYPL acquired Leary's archives in 2011, but the new Wilson-Leary materials appear to be a nice addition to what the library already had.

I contacted the NYPL's archives section for comment, and Thomas Lannon, an archivist from the library, passed on a one-sentence description from Horowitz that the Wilson materials include "two unpublished manuscripts and 43 articles and letters."

The new Wilson materials at the archives are not the materials in the Bruce Damer DigiBarn in California that I posted about last month.

"Bruce Damer is a good friend, and some years ago he gave me a tour of the wonderful DigiBarn.  It must have been before he acquired the RAW material. However, these are my own archives," Horowitz wrote.

Incidentally, Michael Horowitz' work to preserve the Leary archives when the feds were after Leary was a heroic task and he deserves a lot of credit; see this article and interview.


Horowitz, by the way, is mentioned in the section of Cosmic Trigger that we are considering this week in the online reading group. Kind of a nice synchronicity that he pops up in the text just as I've been emailing back and forth with him.