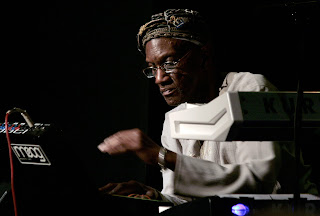 Nice tribute to Bernie Worrell by Oz Fritz. Worrell played on Speaking in Tongues, probably my favorite album by one of my all-time favorite bands, Talking Heads, was a key member of Parliament/Funkadelic, played with Keith Richards and on and one.

It's been a weird political season.

Infographic on Gary Johnson's political positions. Not as much of a dove as I'd like, but most of his positions seem pretty good to me.

Arthur Hlavaty's case for Hillary Clinton.  I admit that I liked P.J. O'Rourke's endorsement that she is "wrong within normal parameters."

Greg Hill gets mail. Contains some of the art used in a Principia Discordia.
on July 02, 2016