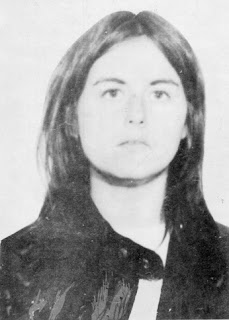 As Cosmic Trigger narrates much of Timothy Leary's legal troubles, I thought it would be timely to offer R.S. Sirius' observation, in the biography Timothy Leary's Trip Through Time, about the contrasting fates of Leary and the members of the Weather Underground:

A brief observation. For thirty bombings, the leaders of the legendary guerrilla warriors of the revolution basically got probation. Timothy Leary spent four and a half years in prison for a little bit of marijuana, and likely would have spent the rest of his life there if he hadn’t played ball, or chess, with the Feds. I’m happy for the Weatherfolk, but I think the scales of justice are smiling on Timothy.

As Sirius points out, this is somewhat an accident of history; the FBI uses illegal surveillance against the Weather people, this hampered prosecution. However, while it is true that (as Sirius mentions) nobody was killed in the Weather bombings of their targets, that's also an accident of history. Setting off bombs is a risky activity. Moreover, the Weather Underground originally had planned to kill people with their bombings; they changed their strategy after an explosion in a Greenwich Village hideout killed three of their own members.
on July 10, 2016