Political news (kind of, sort of) 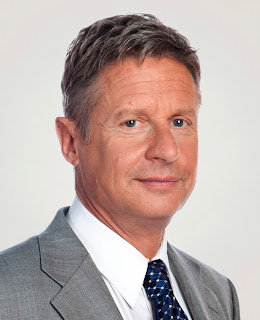 The reliably excellent Lucy Steigerwald, writing for "Playboy" in the new era in which everyone is forced to read it for the articles, explains the alternatives to Clinton and Trump in "Terrified Voters of America: Here are Your Third Party Choices."  She discusses the Libertarians, the Greens, The Constitution Party, the not-yet-actually-existing Bill Kristol Party, and alternatives such as the American Nazi Party and the Prohibition Party.

Lucy's piece does not mention the Guns and Dope Party. Admittedly, whether it actually exists could be a matter of interpretation, but it does have a candidate, a Mr. White Lightning, who has a Twitter account. Mr. Lightning, a recording artist, gave me an update a few weeks ago: "Hey Tommy boi! How ya doin babe!  Just letting you know that me, my boys @BigBallBumpty @Scurvyz  and @swignig just unveiled a new record label called @HonkCollective. Feel free to check it out. Also I have made @VerminSupreme my running mate." The record label has a website.

Meanwhile, Gary Johnson, who hopes to convince doubters that he is a more viable candidate than the leader of the Prohibition Party, has won the Libertarian Party's nomination.  His vice presidential running mate is William Weld, the former GOP governor of Massachusetts.  There are signs Johnson may actually get some money to get his message out.  Johnson has a website, too.
on June 01, 2016