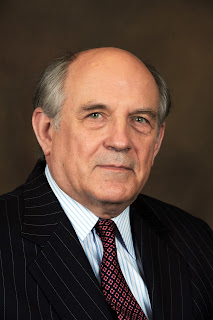 Charles Murray, who wrote a book on his proposal for a basic income guarantee which I discussed here,  is coming out with a new edition of the book, In Our Hands: A Plan to Replace the Welfare State.

Murray has a piece in the weekend Wall Street Journal which outlines some of his arguments for his proposal, which calls for a basic income of $13,000 a year — $10,000 cash in monthly payments and $3,000 for health insurance.

Excerpt from the WSJ piece:

When cars and trucks started to displace horse-drawn vehicles, it didn’t take much imagination to see that jobs for drivers would replace jobs lost for teamsters, and that car mechanics would be in demand even as jobs for stable boys vanished. It takes a better imagination than mine to come up with new blue-collar occupations that will replace more than a fraction of the jobs (now numbering 4 million) that taxi drivers and truck drivers will lose when driverless vehicles take over. Advances in 3-D printing and “contour craft” technology will put at risk the jobs of many of the 14 million people now employed in production and construction.

The list goes on, and it also includes millions of white-collar jobs formerly thought to be safe.

I can offer an example of what Murray is talking about. For years, newspapers had a group of employees in a section called "the backshop" that would physically assemble the pages of the newspaper, pasting up copy on boards, which would then be photographed to be made into printing plates.  That page assembly is now done on computer. At my old paper, the backshop people at first worked on computers and helped build pages, but there's no reason that can't all be done by the editors themselves, eliminating the middlemen between the newsroom and the printers, and at my current newspaper in Ohio, editors simply build all of the pages themselves as part of the layout and editing process.  Of course, newspapers and the jobs they supported are being steadily decimated by the Internet, but before the net caught on, the backshop folks are a whole category of jobs wiped out by technology.

Switzerland has just rejected a UBI proposal; I suspect the plan was too generous to win widespread support. Unemployment is only 3.5 percent in the country, so to some extent, the UBI there is a solution to a problem that hasn't arrived yet.
on June 05, 2016