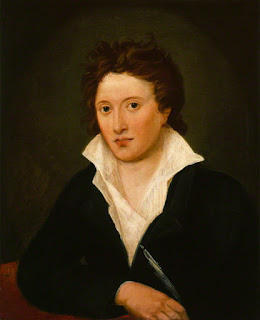 A group of English majors at Yale are complaining about the requirement that they are being forced to take an English lit class, Reason reports:

"The 'Major English Poets' sequence, a mandatory two-course commitment for English majors, is particularly problematic, according to the students. These classes cover Geoffrey Chaucer, Edmund Spenser, William Shakespeare, John Donne, John Milton, Alexander Pope, William Wordsworth, and T.S. Eliot. It's not the most diverse line up, to be sure, but it's the one that best reflects history the way it actually happened. Inarguably, these are the most influential poets in the English language," Robby Soave writes.

I'd be fine with requiring students to take a series of courses that would force them to read a variety of writers and voices, but that's apparently not what the students are demanding. If you're an English major, shouldn't you want to read some of the best writing of all time?
on June 03, 2016

Perhaps a 1 course poetry commitment, considering a major only requires 10 courses. There is a fine line between introducing and indoctrinating.

Majoring in English at Yale requires at least 14 courses:

I don't see how you can major in English and ignore hundreds of years of English lit. The major requires courses "representing a variety of periods and figures" and I'm all for that. There are courses on race and gender, sexual politics, etc.: