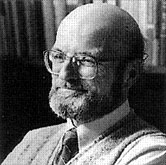 "I fear that John Barth is a literary Nehru jacket: once the darling of Academe, now just another cis het white male. His work could profit from the kind of extensive and intensive study Brian Boyd gave Vladimir Nabokov, but I fear that will not happen," Arthur writes, before going on to talk about his favorite among Barth's tales, Tidewater Tales.

As for RAW, see this letter to Robert Shea's No Governor fanzine; Wilson's favorite Barth novel was Sabbatical,  but he liked Barth's other books, too:

I can't answer Arthur Hlavaty's question about what John Barth thinks of my novels, but I can easily answer his second question. I enjoy Barth's books enormously. I think his Sabbatical covers the malaise of our time better than professional spy-thriller writers like Ambler and Le Carre have ever done. Just because one is never sure if the CIA killed the man on the boat or is trying to kill the hero, Sabbatical leaves one with precisely the sense of uncertainty and dread that has hung over this nation since democracy was abandoned in the National Security Act of 1947 and clandestine government became official.

Sometimes I find it astounding that we have lived under fascism for 40 years while continuing the rituals of democracy -- and that hardly any "major" novelist has tried to grapple with this issue. I salute Barth for his subtlety and the eerie atmosphere he creates in describing our increasingly Machiavellian world. To be brutally frank and eschew false modesty, I think only Mailer, Pynchon and myself have captured the terror of the situation as well as Barth did in that book.

Giles Goat-Boy and The Sot-Weed Factor really impressed me when I read them years ago. Barth's novels have the grand sweep of a Pynchon novel, and just the kind of clever humor that I imagine Bob loved in a good story. I'm guessing that what really impressed Bob, as he notes, is Barth's depth of understanding in presenting society. Thanks for bringing this up. I'll have to read Sabbatical now!

Giles Goat-Boy is my favourite out of what I have read of his. I have his LETTERS novel sitting around waiting for its turn in my piles and piles of books yet to be read. Giles Goat-Boy is the book where Barth constructed it self-conciously to follow the hero's journey. It is a thinly veiled take on the cold-war and and an allegory about the second-coming of jesus, complete with advanced AI that govern "The Universities" wecac and eascac and are trying to EAT each other. Wilson fans will probably be fascinated by the horny, naive main character (and also unreliable narrator) who has no idea what's going on, but theorises in-depth and sometimes absurdly about it (this on top of the fact that the world Barth has built is already pretty surreal), in language that is both sophistacated and silly. Since Giles is bassically the second coming and believes himself to be so, his wild sepculations start to be seen by him and maybe others as the truth.