Leary miniseries may air on HBO 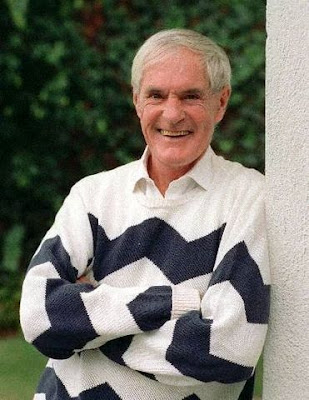 When I posted the other day about Timothy Leary's Neurocomics, Fuzzbuddy pointed out in the comments that there was a report in 2006 about a possible Leary movie.  It was supposed to be a Leonardo DiCaprio movie, and as Fuzzbuddy pointed out, the actor's dad had written the Leary comic book.

Your humble blogger got onto the case, trying to find out if any Leary movies are indeed still in the works, and emails were duly sent out, with some help from Richard Rasa.

Denis Berry, trustee for Timothy Leary's Futique Trust, reported on June 27 to Rasa and myself, "I'll tell you both about the recent contract we signed with HBO for an ongoing series being produced by Darren Aronofsky.  The pilot is in the process of being written & then we'll see how it goes. Fingers crossed."

I also contacted Michael Horowitz, Timothy Leary's archivist, who writes (June 28), "I was a consultant on the planned Appian Way (DiCaprio's production company) biopic on Tim Leary. Sadly, the project never went anywhere.  At the same time, Darren Aronofsky's company purchased the rights to Flashbacks, Leary's Autobiography.   Nothing came of that either.  That was 10 years ago.

"I too have heard that an HBO miniseries with Aronofsky as producer is in the works, but have no news of this going forward. Personally, I think this time it might happen, as TV series,  but I have no connection to the project right now."

Thanks Tom, I would love to watch that.

Looooong overdue. The man's life was a movie, period.

Looking forward to this project if it happens.

Aronovsky would be the ideal producer/director for a sympathetic Leary biopic.

I really like it all its really interesting one I must say you have done a great thing in making it all good. gmail correo electronico