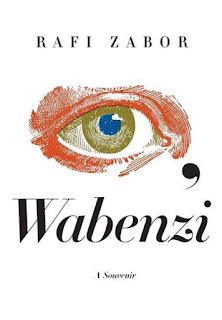 [Today's guest post is by Eric Wagner, author of the book AN INSIDER'S GUIDE TO ROBERT ANTON WILSON. The Management.]


I, Wabenzi by Rafi Zabor

Today marks the tenth anniversary of the publication of one of my favorite books, I, Wabenzi by Rafi Zabor. This memoir tells about how he took care of his dying parents and also about his continuing quest for God, both before and after his parents’ deaths. I began reading Rafi’s writings in Musician magazine in 1979, and I loved his novel The Bear Comes Home (my favorite book about jazz as well as a marvelous spiritual epic), but I, Wabenzi has a special place in my heart. Rafi’s earlier writings had revealed his deep spiritual awareness, but I, Wabenzi tells the fascinating story of his spiritual journey. It makes explicit what his earlier work only hinted at. (After reading I, Wabenzi I reread The Bear Comes Home and saw the spiritual odyssey beneath the music voyage I had concentrated on when I first read it.)
I don’t know how to write about his wonderful book. I’d thought of quoting favorite lines, but I think they need their context. Similarly the wonderful characters (especially Rafi’s family) resist compact summaries. I encourage you to read the book. I don’t think it has found its true audience yet. I think fans of Robert Anton Wilson will particularly enjoy it. I used it along with Bob’s Cosmic Trigger for a class at the Maybe Logic Academy called “Chapel Perilous”, and I thought they worked very well together. They both tell of brilliant young men negotiating the wild world of the 1960’s and 70’s and their adventures in consciousness.

An excellent book which I enjoyed reading and discussing.

Howdy Oz. I also really enjoyed our read through of The Bear Comes Home over at the Maybe Logic Academy.