Robert Shea (and Chad Nelson) on 'Doing Anarchism Yourself' 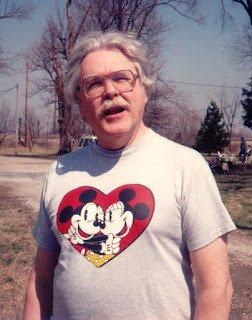 While I  have obviously focused on one half of the Illumnatus! team,  I am also very interested in Robert Shea and have tried to bring attention to him, too. For example, I obtained PDFs of all of the issues of his anarchist fanzine, No Governor. You can access them from this site, and also from the official Robert Shea site maintained by his son, Mike Shea.

There's quite a bit of material to mine in these zines, including pieces written by Shea and Robert Anton Wilson. I've quoted some of it, and now Chad Nelson has reprinted Shea's essay, "Doing Anarchism Yourself," for the Center for a Stateless Society.

Nelson also wrote an intro for the piece. "Waiting for leadership or group approval of one’s ideas is entirely antithetical to anarchism," Nelson writes. "Shea calls this follower’s mentality a 'hangover from authoritarian thinking' which has been deeply ingrained in human beings from time immemorial."