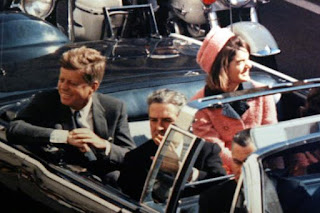 The Warren Commission has received a lot of criticism, much of it likely justified, but more than 50 years after the assassination, new evidence had emerged that government deceit hampered the commission's work.

In an article for Politico, Philip Shenon, the author of A Cruel and Shocking Act: The Secret History of the Kennedy Assassination, writes that the CIA director at the time, John McCone,  hid important information.

"The most important information that McCone withheld from the commission in its 1964 investigation, the report found, was the existence, for years, of CIA plots to assassinate Castro, some of which put the CIA in cahoots with the Mafia. Without this information, the commission never even knew to ask the question of whether Oswald had accomplices in Cuba or elsewhere who wanted Kennedy dead in retaliation for the Castro plots," Shenon writes.

He also writes, "The report identifies other tantalizing information that McCone did not reveal to the commission, including evidence that the CIA might somehow have been in communication with Oswald before 1963 and that the spy agency had secretly monitored Oswald’s mail after he attempted to defect to the Soviet Union in 1959. "

Shenon's piece is based upon a now-declassified CIA report, although the public version of the report has 15 different deletions.

This seems like just another method of spinning the lone gunman theory. "Yeah, John McCone his important intel, and it really doesn't matter because it was still Oswald." Just in case anyone was wondering...

The lone gunman theory does seem to be the point of view of the article's author.But the latest report hardly reinforces confidence in the Warren Commission, I would think. It's also the latest confirmation that the U.S. government routinely deceives the public.