The Internet brings many of us together 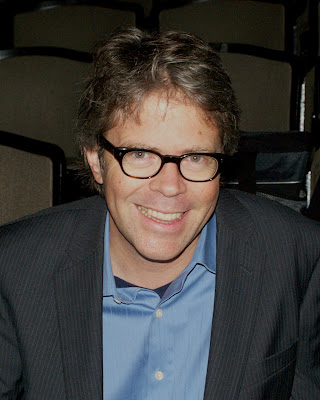 The Times Book Review leads off with two books about the evil of on-screen communication, as if people could not dehumanize and bully one another face-to-face. Since I may have saved my life many years ago by discovering a communications medium (fanzines) that enabled me to get to know people without having social skills, I have my doubts. It's a disability issue.

I think it's probably a good idea to turn off the smart phones during meals and engage with the person sitting across from you, and I see nothing wrong with discussing some of the downsides of digital culture. I don't like seeing a car barrel down the road, its driver peering at a phone rather than looking at where he or she is going. Douglas Rushkoff's Program or be Programmed: Ten Commands for a Digital Age seems essential to me; one of his commandments is to sometimes disconnect from the Internet.

But I also share Arthur's doubts. It seems to be that the Internet is very valuable in letting marginalized people connect. I don't just mean marginalized people in the Left since (although that's part of it) but simply people who have interests that aren't share by large numbers of people they encounter in "real life." How am I doing to talk about Robert Anton Wilson or avant-garde Russian composers or any of my other interests if I don't take to the Internet?

It's easy for Jonathan Franzen to say that he doesn't need Twitter.  Of course he doesn't need Twitter. He is arguably America's most prominent literary novelist. He sells lots of books, so he makes lots of money. He doesn't need to promote himself on social media because his books get lots of attention from The New York Times, National Public Radio, the Guardian, and on and on and on. And he, personally, probably gets lots of attention when he chooses to leave his homes, one in New York City and one in California. The old model for communications works well for him, and I don't begrudge him that, but it may not work well for everyone.

Arthur mentions social skills. You probably don't need the Internet for dating if you are good looking, rich or famous. That leaves out a considerable portion of the population.  For them, Internet dating is a godsend. And it's a godsend for many other people, who suddenly have a voice and don't have to be content with getting occasional letters to the editor published.