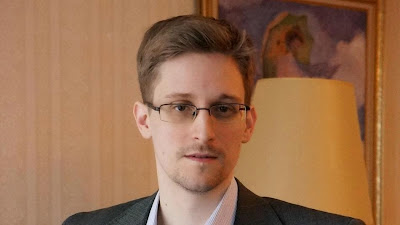 
(Note from the Mgt.:  For why I am posting this as Tuesday's entry, see the end bit. From the Libertarian Alliance).

The Sunday Times has a story claiming that Snowden’s revelations have caused danger to MI6 and disrupted their operations. Here are five reasons it is a lie.

1) The alleged Downing Street source is quoted directly in italics. Yet the schoolboy mistake is made of confusing officers and agents. MI6 is staffed by officers. Their informants are agents. In real life, James Bond would not be a secret agent. He would be an MI6 officer. Those whose knowledge comes from fiction frequently confuse the two. Nobody really working with the intelligence services would do so, as the Sunday Times source does. The story is a lie.


2) The argument that MI6 officers are at danger of being killed by the Russians or Chinese is a nonsense. No MI6 officer has been killed by the Russians or Chinese for 50 years. The worst that could happen is they would be sent home. Agents’ – generally local people, as opposed to MI6 officers – identities would not be revealed in the Snowden documents. Rule No.1 in both the CIA and MI6 is that agents’ identities are never, ever written down, neither their names nor a description that would allow them to be identified. I once got very, very severely carpeted for adding an agents’ name to my copy of an intelligence report in handwriting, suggesting he was a useless gossip and MI6 should not be wasting their money on bribing him. And that was in post communist Poland, not a high risk situation.

3) MI6 officers work under diplomatic cover 99% of the time. Their alias is as members of the British Embassy, or other diplomatic status mission. A portion are declared to the host country. The truth is that Embassies of different powers very quickly identify who are the spies in other missions. MI6 have huge dossiers on the members of the Russian security services – I have seen and handled them. The Russians have the same. In past mass expulsions, the British government has expelled 20 or 30 spies from the Russian Embassy in London. The Russians retaliated by expelling the same number of British diplomats from Moscow, all of whom were not spies! As a third of our “diplomats” in Russia are spies, this was not coincidence. This was deliberate to send the message that they knew precisely who the spies were, and they did not fear them.

4) This anti Snowden non-story – even the Sunday Times admits there is no evidence anybody has been harmed – is timed precisely to coincide with the government’s new Snooper’s Charter act, enabling the security services to access all our internet activity. Remember that GCHQ already has an archive of 800,000 perfectly innocent British people engaged in sex chats online.

5) The paper publishing the story is owned by Rupert Murdoch. It is sourced to the people who brought you the dossier on Iraqi Weapons of Mass Destruction, every single “fact” in which proved to be a fabrication. Why would you believe the liars now?

There you have five reasons the story is a lie.

The site is under a strong denial of service attack from a bot trying to crash it by overloading with millions of pings from multiple locations. I presume the objective is to take down the revelation of the fake MI6 Snowden story, which had been read by tens of thousands already and is now really taking off.

While the copyright in that article remains mine, I grant permission for it freely to be reproduced by anybody, anywhere. I shall be grateful for multiple copies to be posted around the web so it can’t be taken down.