RAW, PKD and other folks maybe contacted by the aliens 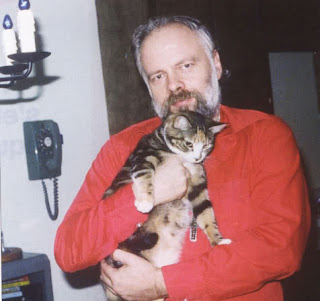 As a kind of follow-up to yesterday's movie post, here's an article by "Pulling the Cosmic Trigger: The Contact Experiences of Philip K Dick & Robert Anton Wilson," by A.K Wilks, someone I hadn't heard of before.

As you can guess, the article goes into considerable detail about Dick's VALIS contacts, and Wilson's experience with the intelligences from Sirius (or from his own brain, or whatever it was) described in Cosmic Trigger 1: Final Secret of the Illuminati. Wilks also gives shorter accounts of similar experiences by the likes of John Lilly, John Lennon and Albert Hofmann.

I'll point you to the piece without much comment,  but I can offer a couple of footnotes:

(1) The article doesn't mention it, but "hippie physicist" Nick Herbert has also reported being contacted by aliens who used telepathy and invited him to join their cosmic conspiracy. Good-guy Herbert turned them down, worrying that joining them would be disloyal to the human race. See "Nick Meets the Galactic Telepaths."

They claimed to be an ancient group of galactic telepaths traveling through space mind-to-mind rather than in clunky metal ships. "Here is what we do," they said and suddenly I experienced a kind of LSD trip. Then they turned off the "mind ray" and I become completely normal. They took me in and out of this odd psychological space several times to show off (I suppose) their prowess in the mental realm.

Then the aliens revealed the purpose of their visit. They were inviting me to join the conspiracy of galactic telepaths. They told me that some of my friends were already members. Unlike "Tony the angel" whose voice projected a clear persona, these alien voice seemed colorless, like ticket agents or office clerks. My initial response was that if this community really existed its goals would differ from human goals as much as human goals differ from the goals of fishes. This group must by necessity be non-human. So by joining it I would in some sense be betraying the human race.

Herbert tried to find others who had been contacted by the aliens, but he had no luck. "Some of my psychedelic pals in the Stanford psychology department were prime candidates but they all shrewdly denied being galactic telepaths," he reports.

Herbert is not your average physicist, but he can't be dismissed as a crank. The only time he gives for this incident is the late 1960s. 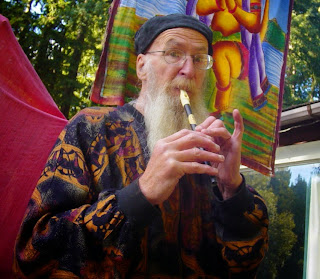 (2) PKD and RAW apparently met for the first time at a 1978 science fiction convention.

No alien contacts for me, I'm afraid, at least so far.

Thanks to Michael Johnson for pointing me to the Wilks piece.

I read a lot of Phil Dick in the 80's and 90's, but I haven't read much this century. I've taught four of his books in my Science Fiction and Fantasy class, but they have't gone over very well, so I don't plan to use any of his books in the coming school year. I'd like to read _Ubik_ - I don't remember if I've read that before.