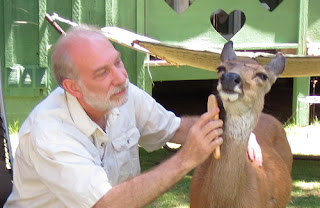 There's a very nice Timothy Leary timeline and fractal art that will knock your eyes out. The RAW material is a little thin so far, but the site is a work in progress, and Rasa says more RAW material is coming.

In the meantime, Rasa has opened up the site as a tribute to his friend Brummbaer.  Rasa explains,

"My thoughts are with my dear friend Brummbaer in these challenging days for him. I've been working on a new website that is not at all near ready, but Brummbaer gave me a number of his amazing graphics to use on the site, and the site also features his Where in the Universe is Timothy Leary video, so I thought I'd pass the site around, even in an unfinished state, just as a thanks and encouragement to Brummbaer. When fully up and running, DNA Spaceship will be my playground for sharing adventurous futurist thought. In the meanwhile, enjoy the preflight launch."

Mr. Rasa also is a sitar player who makes music with a three piece band.  A Mr. R.A. Wilson, quoted at the band's website, says the band's efforts are "Intricate, yet melodic as Bach, austere as a Zen shrine, sensory as a massage." You can also visit an "everything about Rasa" site.