A note to my readers 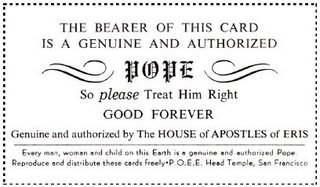 Bobby Campbell, on Twitter, pointed out that yesterday was the fifth year anniversary of this blog, which began on June 10, 2010. I had not noticed. Thank you to everyone who has taken time to post a comment, send me an email tip, share RAW documents with me, or otherwise show support. And I appreciate the people who just stop by and read, too.

This seems like an opportune time to mention something I have been meaning to point out. I am blessed with some really good readers. I don't get the kind of nasty, inappropriate comments that other people have to worry about. Admittedly, I'm not a woman and I'm not a minority, so that probably shields me from some of the regular online abuse, but when my stuff is posted at my newspaper's web site, I often draw comments that are both mean and false. I don't get a huge number of readers here, but I get some — hundreds of pageviews a day according to Blogger — and I can't remember ever having to remove a comment because it was nasty, or even feeling tempted to. (I have occasionally trimmed obvious spam, and I've done other "cleanup" actions, but I can't recall ever censoring anyone.) So while I don't get the volume of readers of other sites, please consider yourself an elite group.

Keep up the great work, Tom!

Thanks for keeping the lasagna flying!!

I appreciate this blog. Thank you Tom. I imagine he would approve of it.

Thanks for doing it.

Great job! A little Law of Fives shout out as well

Thanks for all the hard work!