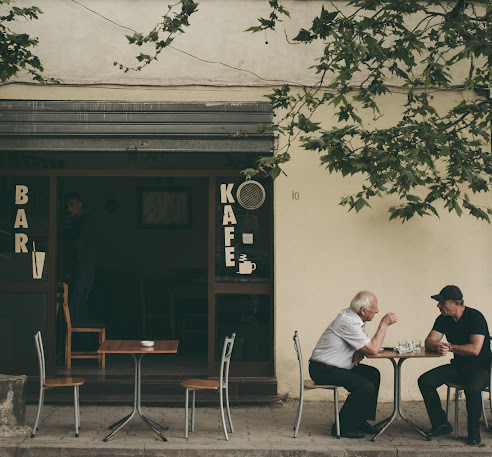 Photo by Juri Gianfrancesco on Unsplash

The  exercise I find the most interesting in Chapter 10 is this one:

5. James Joyce said he never met a boring human being. Try to explain this. Try to get into the Joycean head space, where everybody is a separate reality-island full of mystery and surprise. In other words, learn to observe.

This seems closely related to the previous exercise:

4. Accept this book, if not in whole at least in general outlines. Assume you have been brainwashed. Try to learn as much from every human you meet about their separate reality-tunnel and see how much of it you can use to make your reality-tunnel bigger and more inclusive. In other words, learn to listen.

I did some searching, trying to find the source of the claim that "James Joyce said he never met a boring human being."

Sylvia Beach, born in America, was a bookseller and publisher in Paris; she was the first publisher of Ulysses and also gave Ernest Hemingway early support. She is apparently the source for the statement:

“As for Joyce, he treated people invariably as his equals, whether they were writers, children, waiters, princesses, or charladies. What anybody had to say interested him; he told me that he had never met a bore.” — Sylvia Beach

For the next week, I am going to try to get into other people's reality tunnels, by listening to them and observing them, with an attempt to learn from them rather than instantly judging their opinions.

There seems some subtextual wordplay between Chapter 10 exercizes 5 & 6. Exercize 5 has the phrase "... a separate reality-island..." This appears the only instance for the term "reality-island" used as a synonym for reality tunnel. The first part of the phrase, "a separate reality," also serves as the title of an early book by Carlos Castaneda likely read by RAW as CC has a favorable mention in Cosmic Trigger I. The final word in the phrase, "island," serves as the title of Aldous Huxley's last and best novel. We know RAW liked that one, a tape of him quoting from it opened the recent RAW - Aldous Huxley podcast. Exercize 6 suggests reading Huxley's The Genius and the Goddess That title also makes an excellent description for James Joyce and his literature. Aleister Crowley seemed hardly alone calling Joyce a genius in a published review. Part of Joyce's fame derives from his portrayal of the Goddess archetype - Molly Bloom at the end of Ulysses and, of course, Anna Livia Plurabelle from Finnegans Wake The numbers 5 & 6 comprises a basic Hermetic ideogram for transformation as I've explained more fully in the past. You'll find that pair of numbers on the screen at the beginning of the new Matrix film Matrix Resurrection which dramatizes the transformation of the two protagonists. I recommend this film despite the questionable, let's-get-this-thing-over-with, ending. Of course, those numbers have other significations.

The implicit play between Joyce and Huxley foreshadows exercize 10's explicit play between RAW and Hyatt. Relating Prometheus Rising and Undoing Yourself ... in this way and questioning the identity of which of the two authors wrote which suggests that both books have a univocity, they both speak from the same voice, albeit from different individuals. From my experience, the exercizes from Undoing Yourself complement the ones from Prometheus Rising extremely well and vice versa.

For some reason, I knew the "never met a boring person" quote but had been attributing it to Werner Herzog. Now, perhaps Herzog also said that, but a quick online research does not show anything that would prove it. In any case, his filmic output and particularly his documentaries have always been to me as a window open to worlds I never suspected even existed. The last one I saw, Jag Mandir, left me slack-jawed for the whole 90 minutes. I also often find in his approach something deeply humanistic, which can acts as a most welcomed cure for pessimism.

OZ Fritz, once again I really like the subtleties you are pointing out!
Huxley's book Island is considered a utopia, where the classic Brave New World was a dystopia. Adopting Joyce's attitude seems to have the aim of bringing about a more positive outlook (ie. veering towards utopian behavior). The classical saying affirms that 'no WoMan is an island', but this tends to refer to the relational aspect of existence. When it comes to perceiving 'reality', maybe we do live on reality-islands.

I just finished reading The Game of Life. The idea of correlating every sub-stage of the circuits with the tarot and the zodiac seemed to me a bit forced sometimes. But I greatly appreciated the effort, Leary's overall enthusiasm, and if only as an exercize in Po thinking, I found immense value in the book. It also deepened and enhanced my understanding of the 8C model. Besides, it is a very cool object, chock-full of pictures and funny comments.

I think that along with PR and Undoing Yourself, they together form a fairly coherent and complementary trilogy (TGoL also features exercizes of sorts). They have a similar goal of Intelligence Increase.
It could be extrapolated that, even though they are three different books by three different authors (so three reality-islands), the mycelium runs between them through intertextual winks. This illustrates the incentive to go 'find the other". And together, they show the reader "a separate reality".