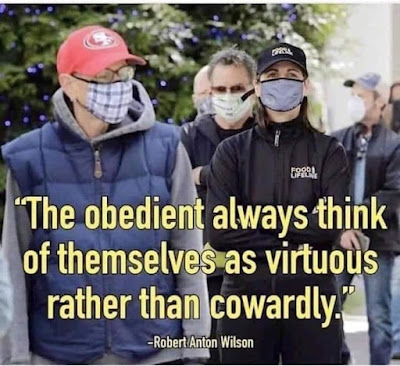 A particular quote from Robert Anton Wilson (from Email to the Universe) has been getting a lot of use on the Internet during the pandemic, and in a new post, RAW Semantics takes on what Brian considers a misuse and misunderstanding of the quote. (I'm not sure if Brian has any particular meme in mind, but I hope the above will serve as a representative example.)

Brian offers a meme of his own: 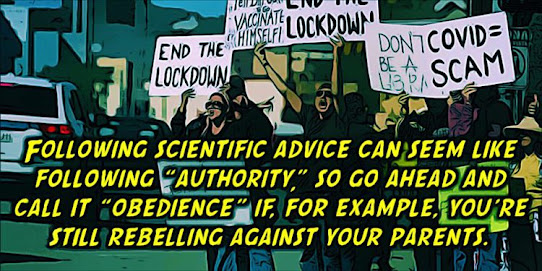 in his post, Brian cites a RAW quote which would seem to favor vaccination as a tool for dealing with potentially deadly diseases.

For more on how RAW  apparently felt about vaccinations, see this earlier post.

Note that Brian does not address mandates in general, noting, "Like laws in general, some mandates make sense to me; but others don’t...."

I think I've read that in Britain, masks are not required for children when they are at school.