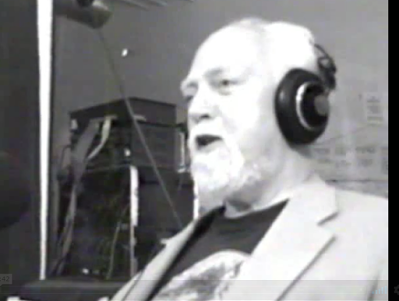 I have long been a fan of Ubuweb, the Internet archive for avant garde films, music, writing and art, although it hasn't much material relating to Robert Anton Wilson. Now, however, the site is hosting a two-hour film of RAW being interviewed by Richard Metzger and Genesis P-Orridge for a show called The Infinity Factory. Lots of trippy special effects. The interview dates from 1997, when RAW came to New York City to deliver the Korzybski lecture at the Harvard Club.

There are other new items on Ubuweb that might be of interest to RAW fans:

Email ThisBlogThis!Share to TwitterShare to FacebookShare to Pinterest
Labels: Ubuweb

This was my favorite interview that almost never was. Meaning it was circulating on "real player" format years and years ago, but that player had died and I couldn't figure out how to reformat it. Joe Matheny and I chatted about this years ago. It surfaced on YouTube a while back. So glad to see it making the rounds ago. I would put this in my top 10 RAW Interviews.