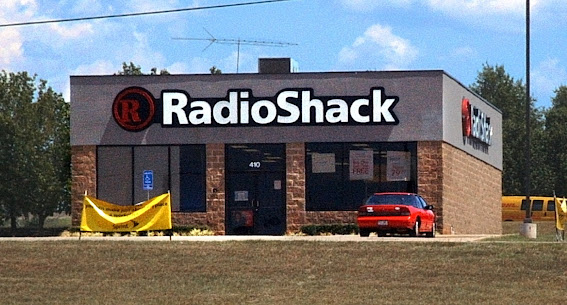 I hope all goes well. On February 2, 1984, I went into Books, Etc. in Tempe, Arizona, thinking of James Joyce’s birthday. I picked up a copy of Finnegans Wake and opened it at random. I saw the line “Please stop if you’re a B.C. minding missy, please do. But should you prefer A.D. stepplease” on page 272. The side notes had a musical staff with the notes B, C, A, and D. I thought, “Hey, I can do this,” and I bought my first copy of Finnegans Wake. At the time I interpreted it as meaning “Please stop if you have a past oriented B. C. mind, please do. But should you prefer the future, A. D., step right up.”

At the beginning of May 1982 I bought my first Robert Anton Wilson book. The cover of Schroedinger’s Cat: The Universe Next Door had caught my eye repeatedly at Changing Hands Bookstore in Tempe, Arizona. It had a woman’s face superimposed on a cat’s face. I had read a positive review of Wilson’s The Illuminati Papers by Spider Robinson in Analog Science Fiction Magazine, and I really valued Spider’s opinion. He argued that we really needed optimism like Bob Wilson’s in the wake of John Lennon’s murder. I had also read the Neal Wilgus interview with Wilson in Science Fiction Review. I read The Universe Next Door and enjoyed it. I lived in Tucson for the summer, but my family visited my grandparents in Scottsdale in June. I stopped by the One Book Shop and bought Schroedinger’s Cat II: The Trick Top Hat. I loved that book, and I became obsessed with Wilson’s writing for the next 23 years (and then some).

I had forgotten that chapter two of Prometheus Rising mentions Radio Shack. Tempus fugit, time flies. As a kid I remember building a rudimentary robot with stuff from Radio Shack. Now I sit here typing this on my MacBook Pro with two iPads and an iPhone on the table next to it. And I don’t even particularly like Apple products. My dad worked for IBM for over thirty years. I worked at IBM three summers during college. I fought kicking and screaming against switching to Apple products ten years ago at my high school, but now I’ve gotten used to them. As Bob said, “The brain is an organ of adaptability.”

I just got done doing my daily tai chi. I’ve done it most days during the past year of lockdown. It has made me aware of the changing relationship of the earth and the sun as I do tai chi at different times due to the changing weather. I try to orient myself to avoid the sun getting into my eyes. I like to practice at about 63 degrees. Living in Corona, California, that means going out early in the morning in May. It meant going out at the warmest part of the day during winter. (I realize our winter doesn’t seem cold compared to much of the world’s winter.)

Martial arts takes us into chapter three of Prometheus Rising. I took a little bit of karate and judo back in the 1970’s. In the fall of 1985, after reading Prometheus Rising, I thought about taking kung fu to do the exercise from chapter three of taking a three month course of martial arts. However, I felt like a bit of a pacifist at the time, so I took yoga instead. I didn’t get serious about martial arts until the year 2000.

Here's hoping that all goes well with you as well, Eric!
Are we already at chapter 3? Or are you just jumping ahead a bit towards the end because “you prefer the future, A.D.”? I note that the largest part of this post feels more like a proustian stroll down memory lane, so in a way “a past oriented B.C. mind” style of writing. That being said, and despite your quoting the Latin “tempus fugit”, it does not feel to me like you are in search of any lost time to be regained. Your acceptance of Apple products after strongly opposing them seems to illustrate this. Maybe entertaining the idea that in the universe next door you are still proudly using IBM computers helps to ease the mind and take things with philosophy in this Universe.

Since you specified trying to practice tai chi “at about 63 degrees”, I went to see what The Book of Lies tells us in chapter 63. The commentary does end with more Latin: “Solve et Coagula.”

Amazing to consider what that random opening of Finnegans Wake lead to, years of group voyages with others into that labyrinth of life, a literary body of Nuit. I don't know what to call bibliomancy when not done with the Bible? Once, in a depressed mood, I randomly opened The Collected Works of Carl Jung to a section about the ritualistic, metaphorical use of the death/rebirth combination to cause change; it did change my life over a long period of time. I've found Finnegans Wake a great oracle through bibliomancy. The Bible can work too.

BFHN, expressing past events with detail seems what Proust might call Time Regained. Re-collecting those events and details in order to express them might constitute a search for lost time, in one sense. Everyone's death lies in the future along with the unraveling of consciousness. Making events in the subconscious mind conscious through recollection and expression might help prepare for this unraveling. As such, recalling memories not only conjures the past, it prepares for the future. Related to this, last week's discussion re magick diary.

The opening post provides a subtle yet brilliant transition to Chapter 3. Compare the FW quote: “Please stop if you’re a B.C. minding missy, please do. But should you prefer A.D. stepplease,” with the retreat/advance illustration on page 31. The quote suggests an identification with Christ or, at the very least, the image of Christ gets invoked with the B.C./A.D. nomenclature.

Chapter 3 = THE ORAL BIO-SURVIVAL CIRCUIT. Finnegans Wake seems a monumental breakthrough in the oral tradition - oral of a different kind, or is it?

@Tom Jackson: Thank you for pointing out a few weeks ago that the musings on the switch between C6 & 7 I was looking for were actually the afterword of PR. I totally forgot that the book even had one, and thought I had read this somewhere online. THC maybe doesn’t help, sometimes.

@Oz Fritz: Thanks for reframing Proust’s intent behind his choice of words. Even if that would only be your interpretation, you are no doubt much more familiar with the original material than I am.

I need to meditate on your ideas about recollecting past events. Although I note that Bob Wilson write in Quantum Psychology of the neuro/morphogenetic circuit that it “may serve as a kind of evolutionary ‘radar’ preparing us for future quantum jumps in consciousness by showing us records of past mutations.” We might come back there when reaching the chapter on this circuit in PR.

A few weeks ago you also wrote:

“To me, this recalls a variation on the "why am I doing this exercize" exercize. Common religious belief holds that God exists everywhere, therefore logic would presume that God must also exist in Hell. Satan or Lucifer (Prometheus) = God in Hell. To Qabalists, Hell = the space/time continuum […]
Crowley identifies his HGA with Satan. Prometheus in Prometheus Rising seems to refer to active readers who do the exercizes and thereby rise […] Why is God in Hell? This seems a variation of the exercize, or another way to get to Know Thyself.”

Are you implying that maybe what RAW calls ‘Prometheus’ could be identified as the reader’s own HGA?

As for the concordance between Hell and spacetime, would you say that it could be one of many interpretations of what Joyce was thinking of when talking about “the nightmare of History”?
History is what we are remembering as a society. Everything that is filtered out of it participates of a general state of amnesia where self-remembrance becomes necessary in order to wake up from it.

A good illustration of that is happening right now in France, where part of the population wants to celebrate the 150th anniversary of the Paris Commune, while another part (perhaps unsurprisingly lead by the current government) would like 2021 to be the bicentennial of Napoleon’s death. Between a war-mongering emperor and a democratic experiment in self-organization without hierarchy, which one should we commemorate and, more importantly, use as inspiration for our future?
If anyone feels curious about La Commune, I cannot recommend enough Peter Watkins’ masterpiece, thankfully available on yt: https://www.youtube.com/watch?v=zg4Q0xtcFlg

Here is on the use of FW for bibliomancy: https://www.youtube.com/watch?v=fvQmgdndmBo

@BFHN: We are still officially on Chapter 2; Chapter 3 begins May 17.

I was always a big Radio Shack fan; I have liked radios and electronics since I was a kid. Most of the stores have disappeared, as Eric mentions, but some outfit has revived the name and there are some Radio Shack retail outlets, hence my illustration.

Radio Shack was a big part of my early audio career up until the early 90's. Thanks for clarifying, Tom, I thought we were on chapter 3. So did the net of synchronicity: the first exercize in ch.3 mentions meditating on Matthew 18:3 "Except ye become as a little child, ye shall in no wise enter the Kingdom of Heaven." I saw that Tuesday. Last week I came across it in Ishtar Rising which talks a lot about oral attributes. Came across it again a couple days later in an old episode of Alan Watts lecturing on Eastern Wisdom. He used it in the context of non-identification with societal roles, become as little children by giving up our assigned roles; children don't have roles yet. Monday while recording a guy making a record of children's songs, out of the blue he mentioned that as his favorite scripture. He had been a Sunday school teacher.

BHFN said: "Are you implying that maybe what RAW calls ‘Prometheus’ could be identified as the reader’s own HGA?"

Well now that you mention it, sure, why not? I consider the HGA a multiplicity with different aspects and varying manifestations. One's True or Deep Self could be one. The rising of this Self toward the light and gnosis of the Knowledge and Conversation of the HGA ultimately results in union, therefore identity. So this answer might be: yes and no ... or until it does.

On the question about Joyce, I don't know enough about Joyce to give an informed opinion. He did use Cabala and multiple levels of meaning so that seems possible. I recently picked up a biography on him, someday, I'll know more.

Yeah, I decided to add a little bit of chapter three content. The blog seemed a little short. Thank you everyone for your comments.