Do you have repeat reading authors? 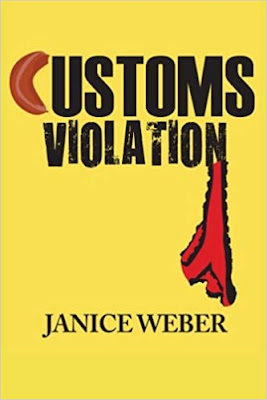 I have noticed one of my habits as a reader is that when I find an author I particularly like, I will go back to that person again and again. When I was on vacation for a few days, recently, I read another novel by one of my favorites, Janice Weber, called Customs Violation. (If you don't know her, she has had a successful career at a classical pianist and also a career as a novelist, with considerable success at both.) Customs Violation has several of Weber's trademarks -- sardonic humor, writing well about sex, discussion of classical music -- but notably, it also has a really good love story. I think it may be her best novel.

Anyway, some of the other writers I have been exploring for years are Jane Austen, Neal Stephenson, Robert Anton Wilson obviously (I will get to Sex, Drugs and Magick soon, one of the few RAW titles I have never read), Iain Banks, Richard Powers, Vladimir Nabokov, Jack Vance, Lawrence Bloch and  Tom Perrotta. I suspect Ada Palmer may turn out to be one of those writers, too, but it's early in her career.